November 13 blast in Istiklal is reflective of Tukey’s long tryst with terror which, if not reversed, will spell disaster for Erdogan’s ambitions 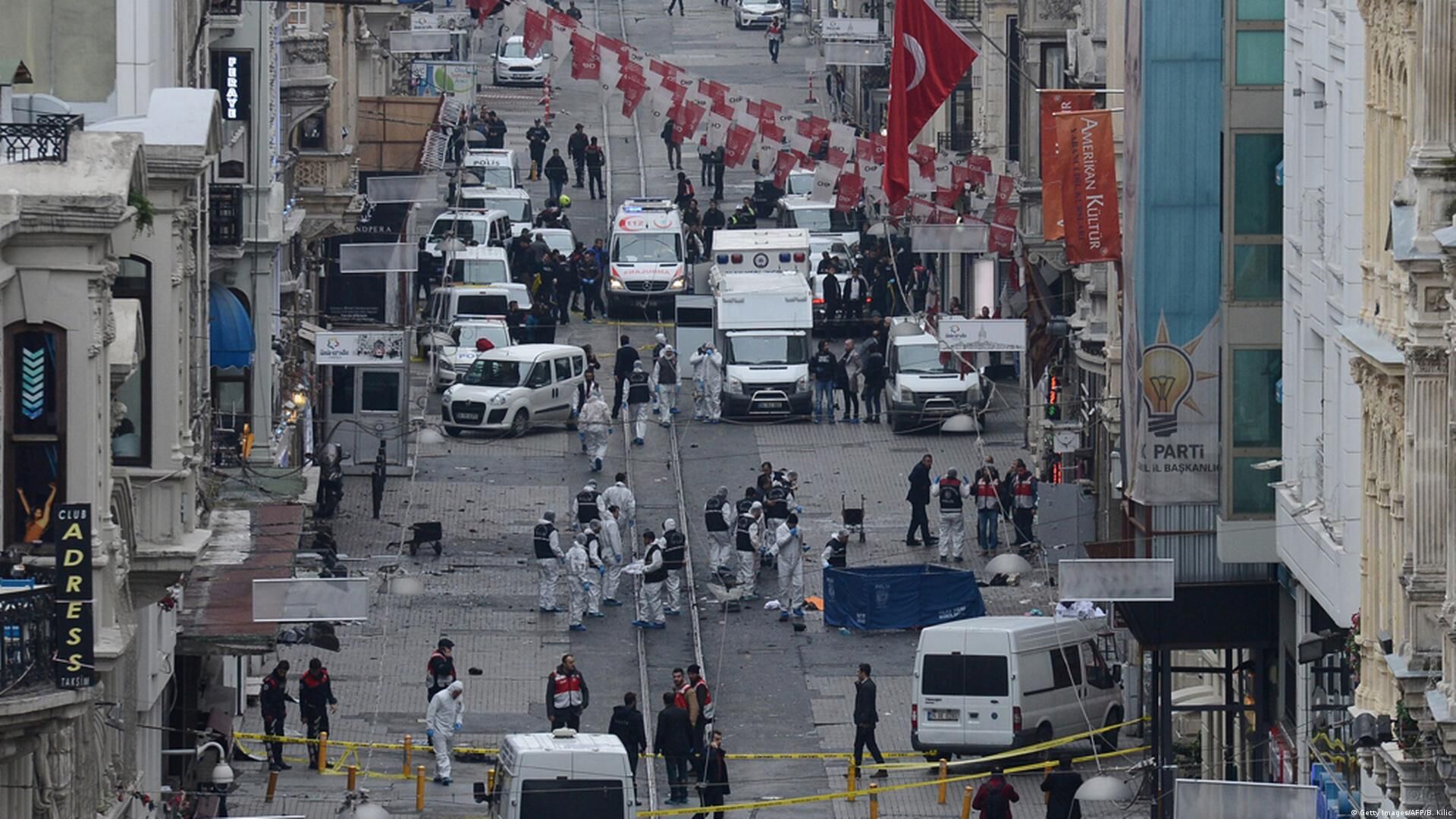 Turkish city and a major tourist attraction, Istanbul, was rocked by a spate of suicide bombings (November 13) at the busy Istiklal avenue. Initial reports indicated death of six persons and injury to many but number of casualties is likely to go up. This is not the first time that Istanbul — particularly Istiklal avenue — witnessed such terror bombings. As late as in 2015 and 2016, the same place had seen similar terror attacks. Despite such happenings, and Istanbul being a terrorist prone area, why did the intelligence agencies not sound alert? This calls for a close examination. Initial reactions from President Recep Tayyip Erdogan were perhaps guarded, as he said that there was "smell of terror" at the blasts site; he was not forthcoming, categorical or pinpointing the perpetrators of the terror act. This notwithstanding, primary accusation was towards the Kurds belonging to the banned Kurdistan Workers' Party (PKK) and Syrian YPG militia. It may be recapitulated that Turkey has been universally criticized for its excesses on the Kurds, and it is alleged that over the past several years, hundreds of Kurds were killed during military operations launched by the Turkish military.

On one hand, President Erdogan wants to put up a brave face by attending the G20 summit in Bali, ignoring the 48 hours old suicide attack. He conveys an image of being a statesman of international repute by meddling into the internal affairs of many countries, including conflict-ridden Armenia and Azerbaijan, or by befriending its arch rivals Saudi Arabia and Israel. The attempt is to emerge as the sole Islamic leader of global stature, espousing the cause of Muslims. His ambition, however, remains exposed and his attempts to bring back the glory of the Ottoman Empire by creating characters like Ertugrul falls short of the liberals of Turkey who are always opposed to Erdogan's plans of religious indoctrination through Muslim Brotherhood (MB) or by turning the famous Istanbul blue mosque (Hagia Sophia) into a religious place —allowing prayers on every Friday. Crucially, Erdogan's open support to Pakistan against India, and even offering to militarily intervene in Kashmir, have not augured well with the public in general.

Amid these developments, the dissent within and outside Turkey is bound to manifest and, possibly, the November 13 suicide bombings in Istiklal avenue is a reflection of the same. Furthermore, noted dissident leader Fetullah Gulen is waiting in the wings for an opportune moment for the Erdogan government to collapse, in order to establish a new government in its place.

Here, it is pertinent to point out that in 2016, there was a major military coup attempted to oust Erdogan but it did not succeed, and thousands of Turkish military personnel were rounded up who are now languishing in various Turkish prisons. In nutshell, Erdogan does not seem to be comfortably saddled in his position and has developed far more enemies than friends to save him from being harmed or dethroned. It would perhaps be advisable for him to be realistic, shake off his political inertia, and give an objective look to the state of affairs in Turkey so that this historic country is not taken back to medievalism. He should instead bring it back to the rails of modernity and advancement — what Mustafa Kemal Ataturk did for Turkey in the early years of the last century. Failing this, Erdogan will have to be on guards throughout his stint, as his foes may strike at him from multiple quarters without giving any notice or breathing space, as seen at the latest bomb assault in Istanbul.

Meanwhile, fresh inputs say that the suspect(s) in the Istiklal street bombing came to Istanbul about four months ago and worked in a textile business. According to reports, she lived with two other Syrians in the Istanbul district of Esenler. The woman further admitted that she was trained by Kurdish fighters in Syria, and entered Turkey through northwest Syria's Afrin region. In a related development, UN Secretary-General Antonio Guterres has condemned the November 13 attack and extended his heartfelt condolences to the victims and their families. On its part, Syria's Kurdish-led Syrian Democratic Force (SDF) has denied any role in the bomb attack. Turkey considers the US-backed SDF as a terrorist group.

In the foregoing, it may be said that Turkey had had series of terror attacks since 1896, and violent extremism even led to attacks in the US consulate in Istanbul (2008) and in the US Embassy, Ankara (2013). There have been daring attacks even at the airports till as late as in 2016. The country has always been politically volatile, having seen student street protests in the `60s and the lefts abetting terrorism in 1969. According to an estimate, more than 5,000 people were killed in terror incidents alone from 1976-80.

So, the trend remains and the sooner Erdogan realizes it, the better it will be for the Turkish people. The country's international image has already taken a beating, and despite its serious attempts, the EU has not been keen to take Turkey into its fold. Any further deterioration in the law-and-order status would mean more instability and vulnerability for Erdogan.

The writer is a retired IPS officer, a security analyst and a former National Security Advisor to the PM of Mauritius. Views expressed are personal