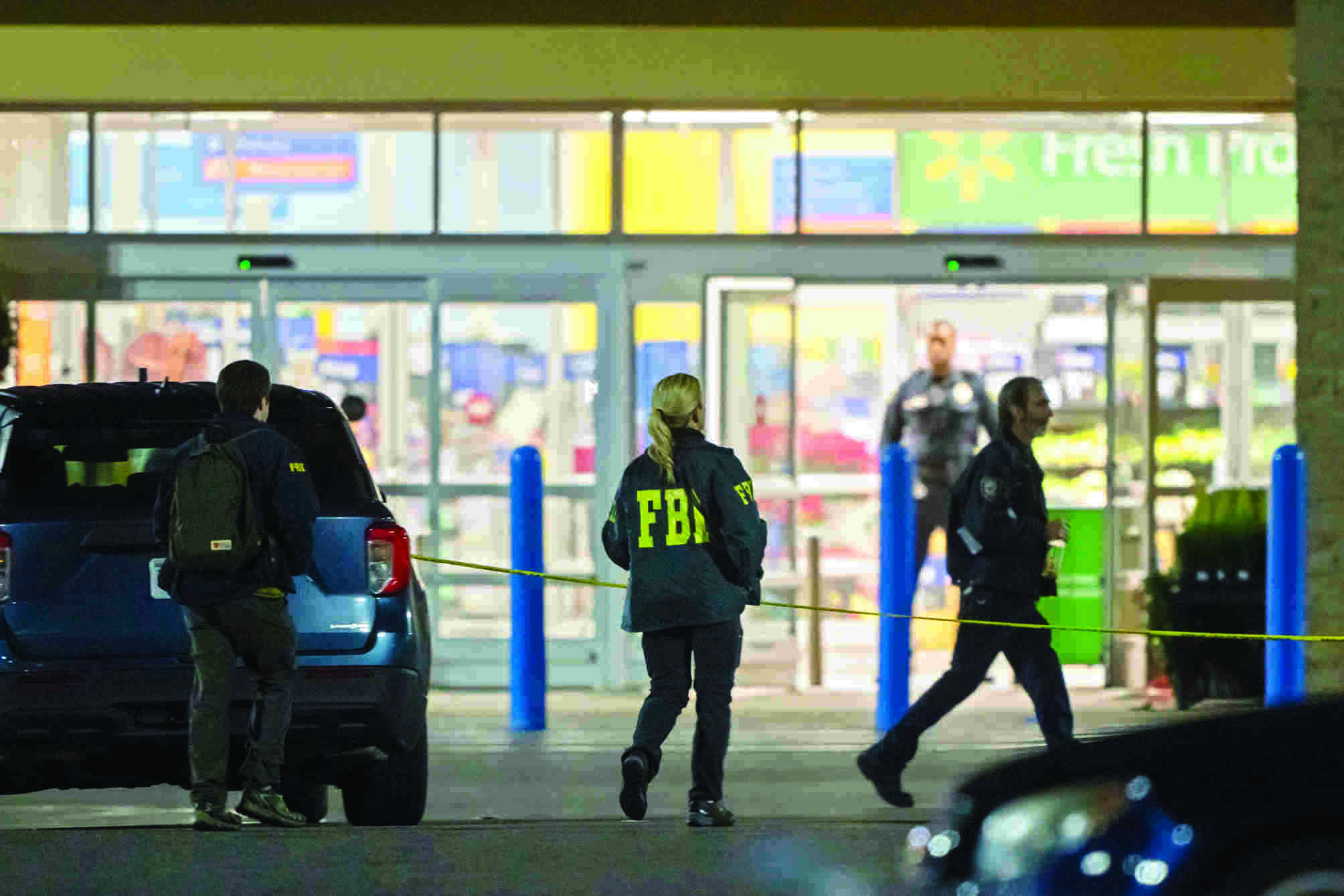 Chesapeake: A shooter opened fire in a Walmart in Virginia late Tuesday, leaving six people dead, police said, in the country's second high-profile mass killing in a handful of days.

The assailant is also dead.

The store in Chesapeake is now safe and will likely be closed for several days during the investigation, Officer Leo Kosinski said in the early hours of Wednesday. It was not clear who the shooter was or what their motive might be.

"I am devastated by the senseless act of violence that took place late last night in our city," Mayor Rick W. West said in a statement posted on the city's Twitter account. "Chesapeake is a tightknit community and we are all shaken by this news." A database run by The Associated Press, USA Today and Northeastern University that tracks every mass killing in America going back to 2006 shows this year has been especially bad. The US has now had 40 mass killings so far this year, second to the 45 that occurred for all of 2019. The database defines a mass killing as at least four people killed, not including the killer.

The attack at the Walmart came three days after a person opened fire at a gay nightclub in Colorado, killing five people and wounding 17. Earlier in the year, the country was shaken by the deaths of 21 when a gunman stormed an elementary school in Uvalde, Texas.

Tuesday's shooting also brought back memories of another at a Walmart in 2019, when a gunman police say was targeting Mexicans opened fire at a store in El Paso, Texas, and killed 22 people.

Kosinski said he couldn't say how the shooter died but that he didn't believe police fired shots. The shooting had apparently stopped when police arrived at the store in Chesapeake, which is Virginia's second-largest city and lies next to the seaside communities of Norfolk and Virginia Beach.