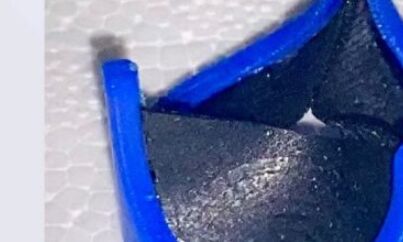 Chennai: A city-based surgeon has designed and developed a unique prototype of 3D printed specialised biopolymer heart valve to replace the valves currently made with metal components (mechanical) or animal tissue (bioprosthetic).

The 3D printed heart valves, made with specialised biopolymers that are very similar to human tissue, can be directly implanted in heart patients requiring valve replacement, according to Dr Sanjay Cherian.

"We are happy to announce we have designed and developed India's first 3D printed heart valve. We came up with four different prototypes and this is the fourth generation. It seems to be working well," Dr Cherian, who has been researching on this project for about a year, told PTI.

This scientific innovation was undertaken in collaboration with the Centre for Automation and School of Mechanical Engineering, Vellore Institute of Technology (VIT), Chennai, he said.

Dr Cherian claimed the 3D printed heart valve will revolutionise valve replacement surgeries and will considerably improve the chances of the body accepting the implant.

"Valve surgeries are being performed for over half-a-century. In several cases the patients turn up after 5 or 10 years with the valve probably infected or torn off in the case of valves made with animal tissue," he said.

As to his inspiration, he said "we have been doing extensive research on the concept of 3D printing in the field of medicine."

Earlier, 3D printing was used to plan the surgical approach, especially for complex procedures, in order to help cardiac surgeons and cardiologists to navigate and choose the best approach to treat heart diseases.

"This time, we focused our efforts on using 3D printers to manufacture heart valves using specialised biopolymers that are very similar to human tissue, which can be directly implanted in heart patients," he explained.

The process of patenting this 3D printed heart valve, and testing it to confirm its biocompatibility, efficacy and durability is on, he added.

Declining to reveal the biopolymer, which he proposes to use, Dr Cherian said "we need to conduct a series of tests (in laboratory) before trying it on animals like dog, pig or sheep models that have heart valves similar to humans."

This would take some time before commencing human trials, he said and indicated that the biopolymers will be divulged at a later stage.

As this innovative produce is being made under the "Made in India" programme, the cost of implant would be much lower than the imported heart valves currently used in India, he claimed.

The cost of imported surgically implantable heart valve ranges between Rs 45,000 (mechanical) and Rs 65,000-80,000 for animal tissue valve. Presently, they are imported mainly from the US.