The Indian batter has gained 31 rating points from the series 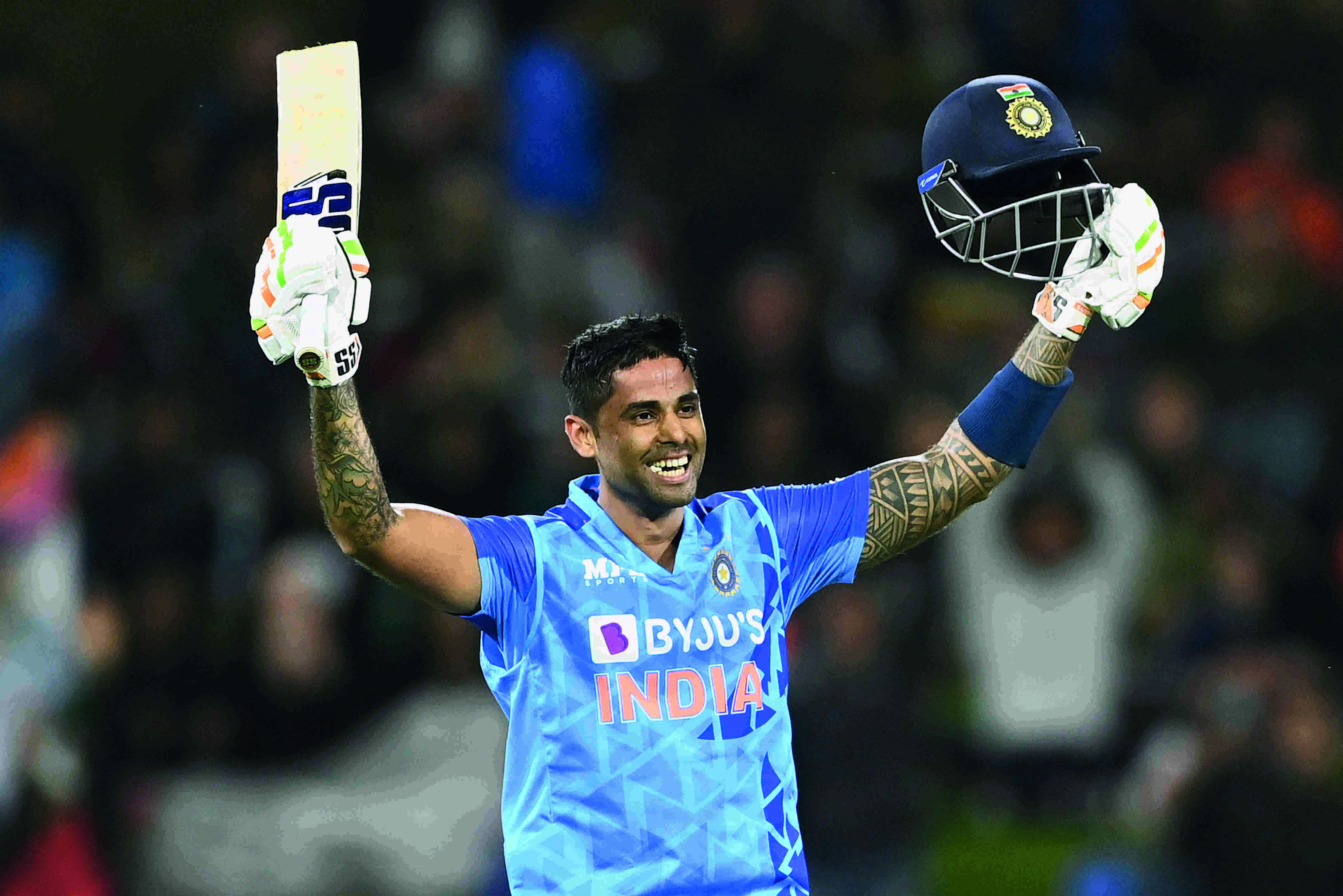 Suryakumar consolidated his position at the top of the rankings after his stupendous 111 not out in the second T20I against New Zealand.

Suryakumar has gained 31 rating points from the series and his 890 points keep him 54 ahead of Pakistan's Mohammed Rizwan, who is placed second.

On the other hand, Hardik, who led India in the series against New Zealand, reached joint-50th among batters courtesy his unbeaten 30 in the final match.

In the bowlers' chart, seasoned pacer Bhuvneshwar Kumar has climbed two places to 11th, with left-arm seamer Arshdeep Singh moving up a place to 21st.

The talismanic Virat Kohli has climbed up to the sixth spot in the ODI rankings while skipper Rohit Sharma continued his stay at number eight.

The injured Jasprit Bumrah, who is 11th, is the top-ranked Indian in the bowlers' list .

Australia openers David Warner and Travis Head have made notable gains in ODI player rankings after an epic 269-run partnership at the Melbourne Cricket Ground (MCG) while Steve Smith's consistence performances in the home series against England has helped him attain a career-best equalling seventh position.

Warner, a formerly top-ranked batter, has gained one spot to reach fifth position in the list after a score of 106 in the final match that helped him finish with 240 runs and win the Player of the Series award.

Head, who accumulated 208 runs after his Player of the Match effort of 152 at the MCG, has progressed 12 spots to reach 30th position.