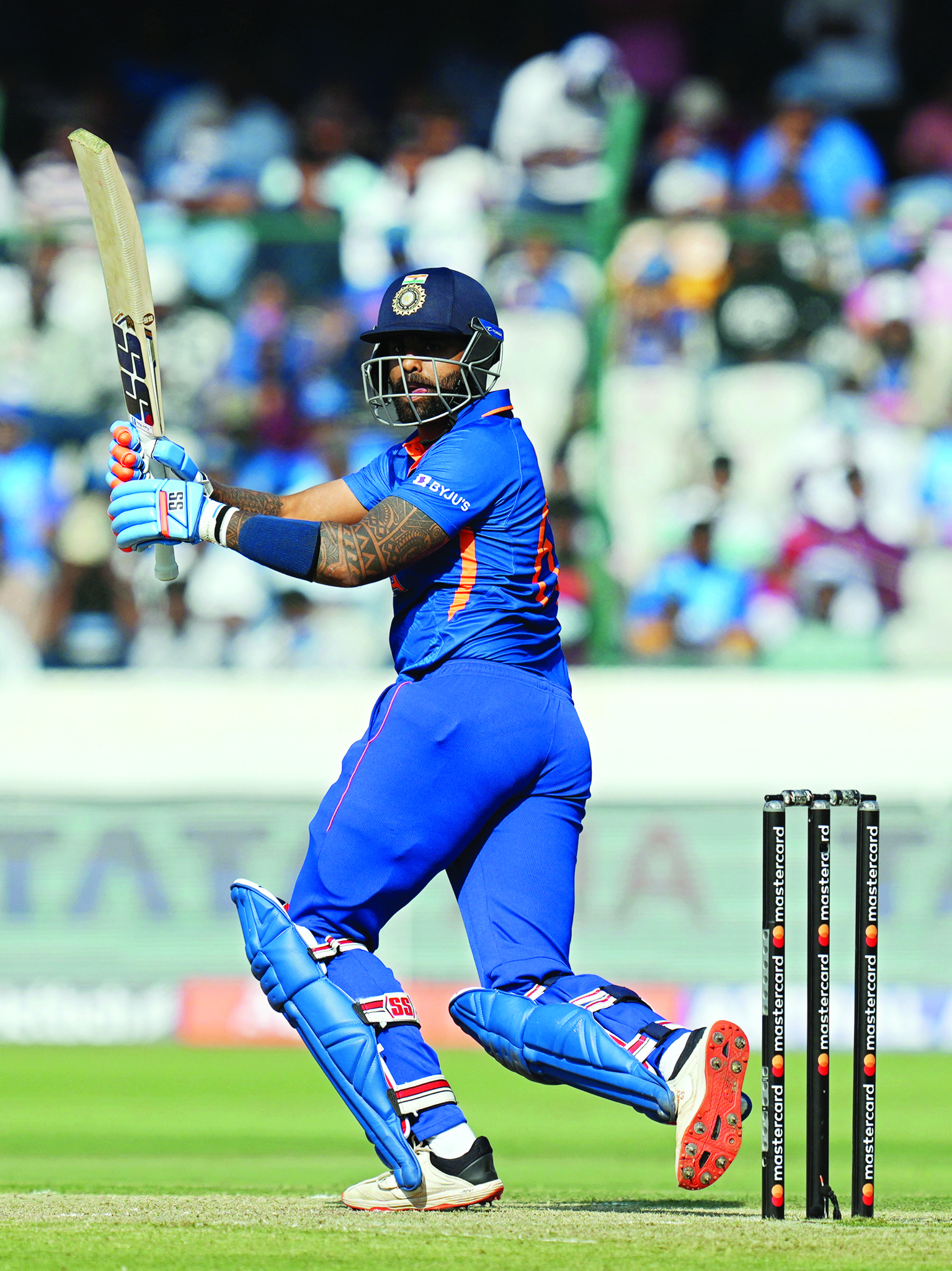 Dubai: Swashbuckling Indian batter Suryakumar Yadav was on Wednesday named the ICC Men’s T20 Cricketer of the Year for his ridiculously good run in the shortest format of the game.

Surya had a stellar 2022, breaking an array of records and setting a benchmark in the format.

However, India vice-captain and last year’s Cricketer of the Year Smriti Mandhana lost out to Australia’s Tahlia McGrath in the women’s T20 category. Popularly known as ‘SKY’, the 32-year-old became just the second batter to make more than 1000 runs in a calendar year in T20Is and ended the year as the highest run-getter, scoring 1164 runs at a strike-rate of 187.43.

Surya hit a stunning 68 sixes during the year, easily the most recorded by anyone in a year in the format’s history.

The Indian was the key batter for his team through the year, smashing two hundreds and nine half-centuries.

Surya was at his stupendous best during the ICC Men’s T20 World Cup 2022 in Australia, recording three fifties in six innings and averaging nearly 60.

Notably, his strike-rate was yet again right up there at 189.68. Having already recorded a ton earlier in the year, Suryakumar continued his brilliant year after the multi-nation tournament, making his second hundred in T20Is in the bilateral series in New Zealand.

There has been a buzz surrounding Renuka, who burst into life in a busy 12 months for the Indian women’s team.

The 26-year-old beat Australia’s Darcie Brown, England’s Alice Capsey and compatriot Yastika Bhatia to take home the emerging player award. The right-armer claimed 40 wickets for her country in 2022 in just 29 matches across the two white-ball formats, filling the void left by the great Jhulan Goswami.

In the ODI game, Renuka was especially potent, taking 18 wickets at an average of just 14.88, of which eight came in two appearances against England and seven in India’s series with Sri Lanka.

Renuka troubled the Australian line-up in the seven T20I meetings across the year, taking eight wickets, and her performances across the Commonwealth Games and Asia Cup also grabbed attention. She claimed 17 wickets in 11 matches, at an economy of just 5.21.

With an ability to swing the ball and get it to deviate off the surface, Renuka will likely be one of India’s most dependable bowlers in the coming