Lionel Messi is playing at likely his last World Cup 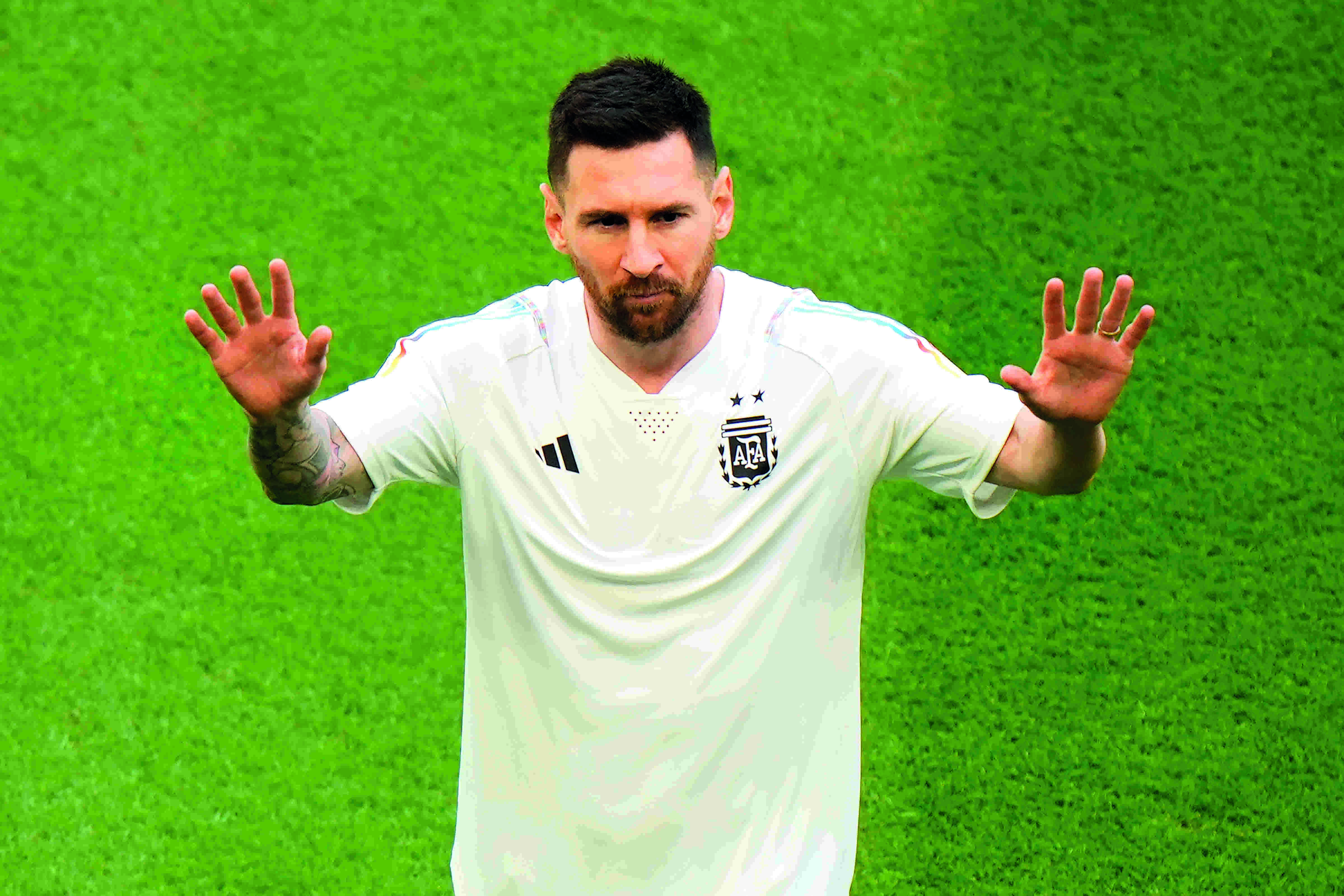 Doha: The staggering loss for Lionel Messi and Argentina at the World Cup at the hands of Saudi Arabia is right up there with the biggest upsets in tournament history.

Messi, who had given Argentina the lead before the Saudis came back to win 2-1, is playing at likely his last World Cup.

But Messi and his highly-rated team, one of the title favorites in Qatar, now have an unwanted place on a very different list after losing to a team ranked 48 places below them. Saudi Arabia had won only three games previously at the World Cup, and only one in the last 28 years before Tuesday's shocker over the two-time champions. Here is a look at some of the other major World Cup surprises through the years:

Diego Maradona, another Argentina great, led his country to the 1990 World Cup tournament in Italy as the defending champion. Maradona was established as the best player in the world and Argentina was favored to retain the title.

A little-known Cameroon team that was playing at only its second World Cup had other ideas in the tournament's opening match against Argentina. Francois Omam-Biyik scored with a second-half header for the African team, which was also down to 10 men at the time after a red card. Cameroon eventually finished the game with nine men after another sending off but kept Argentina and Maradona out.

Argentina did recover to reach the final something that may raise Messi's spirits slightly in Qatar but lost to West Germany in that deciding game.

France was also World Cup champion when it came up against another African underdog at the start of the 2002 tournament in South Korea and Japan.

France's team was packed with some of the best players in the world and no one thought they could lose the game. But Papa Bouba Diop bundled in a goal in the 30th minute and Senegal kept its nerve for a famous win on its World Cup debut.

France ended up exiting in the group stage. Senegal went on to reach the quarterfinals, just as Cameroon did in 1990.

The 2002 World Cup threw up another eye-opener when co-host South Korea made a run to the semifinals.

South Korea had beaten Portugal in the group stage but bettered that upset with a 2-1 win in extra time over Italy in the last 16. Italy was a three-time champion at the time while South Korea had never won a World Cup game before the tournament.

Ahn Jung-hwan, who was playing his club soccer in Italy at the time, headed in a golden goal three minutes from the end of extra time to send the Italians home and reward a fanatical home crowd with a lasting World Cup memory.

Haitian-born Joe Gaetjens was the unlikely hero for the United States in a 1-0 upset over England at 1950 World Cup in Brazil.

The American team was basically made up of part-timers and the result reverberated across the game as one of the first big World Cup upsets.

Italy was also on the wrong end of another upset in 1966 in England, when North Korea beat the Azzurri 1-0 in the first World Cup it ever played in. The result eliminated the Italians and sent the North Koreans to the quarterfinals.