Eye on '23 WC: India start 50 over auditions under Dhawan 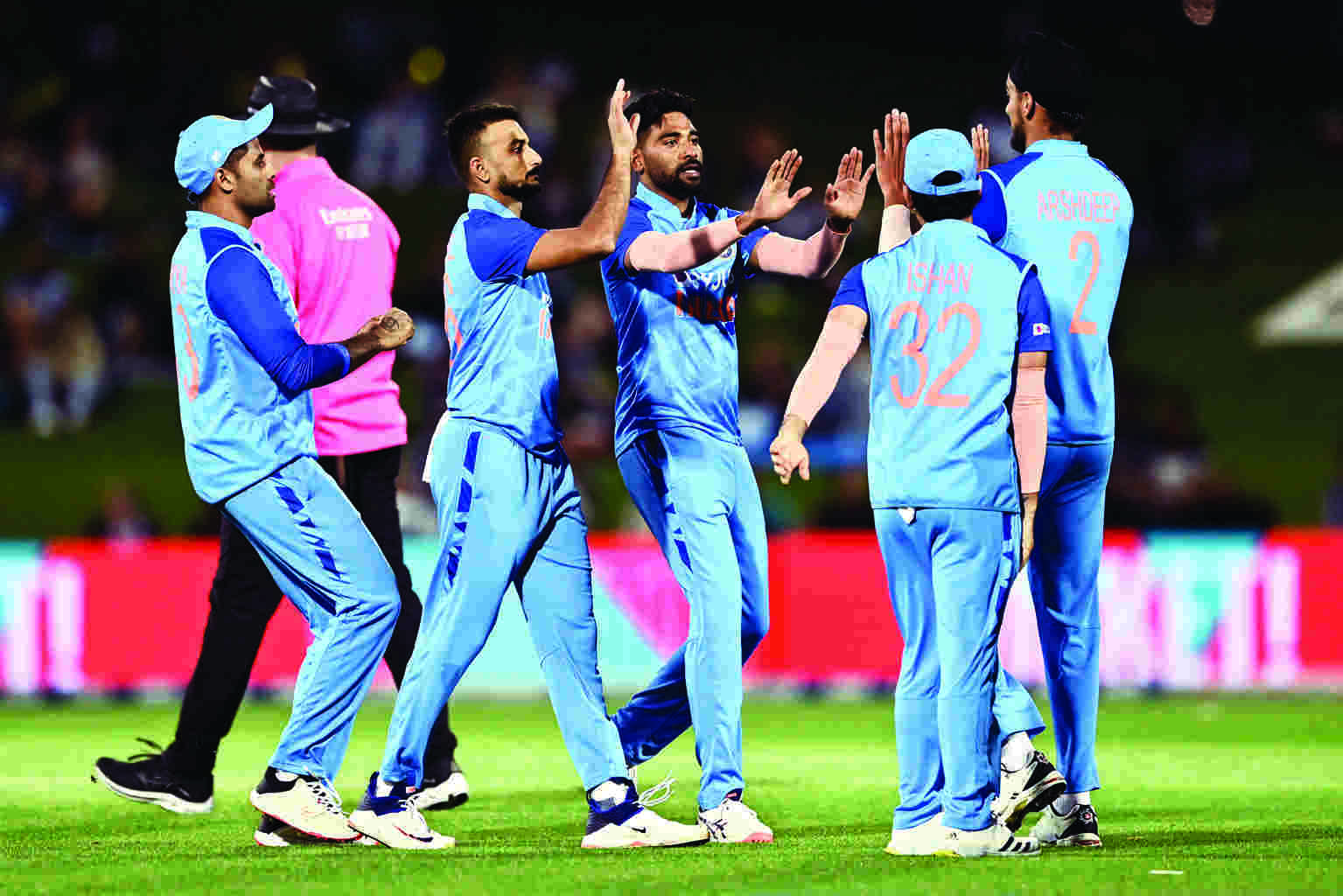 Auckland: Copping a lot of flak for its archaic approach in T20Is, the Indian cricket team is expected to turn a new leaf in a different format as it takes on New Zealand in a three-match ODI series, which will mark the start of preparations for next year's World Cup.

India had endured a nightmare back in 2020 in New Zealand when Virat Kohli's side was blanked 0-3 in one of the most lopsided series where the bowling effort was below par.

Exactly 11 months are left for the marquee event in India and the series starting on Friday will give the team an initial idea about some of the middle-order slots and also the bowling arsenal in India's armoury.

With five seniors -- skipper Rohit Sharma, the talismanic Virat Kohli, team management's favourite KL Rahul, pace spearhead Jasprit Bumrah and No.1 ODI all-rounder Ravindra Jadeja not part of this series, the management can only get a rough idea in which direction the team would move.

All these big guns will now play a lot of of ODI cricket, starting with the Bangladesh series, and the team combination will undergo a sea change once they all come back in due course.

Just like the dilemmas of T20Is, Indian coach Rahul Dravid will have a lot on his plate but for now, his understudy VVS Laxman also needs to do a tight rope walking as far as this series is concerned.

Dhawan will be close to 38 during next year's World Cup and in ODIs in the last two years, he has scored nearly 1000 runs. This is the only international format he plays. Since T20 got more precedence, his appearances has been pretty sporadic.

But to put things in perspective, both Kohli and Rohit have played one third of the ODIs that Dhawan played as they concentrated more on Tests and T20Is with World Test Championship and back-to-back T20 World Cups lined up.

In the meantime, Shubman Gill has shown his prowess as an ODI opener in a dozen of games he has played so far with an average of 57 plus and a strike-rate of 100 plus.

But even in this format, Dhawan has been a cautious starter in Powerplays and then picked up pace.

Team's philosophy will be the main thing along with a decision whether the Delhi southpaw would be persisted for next one year with Rohit, Rahul and Gill also there.