Bale salvages 1-1 draw for Wales against US in WC 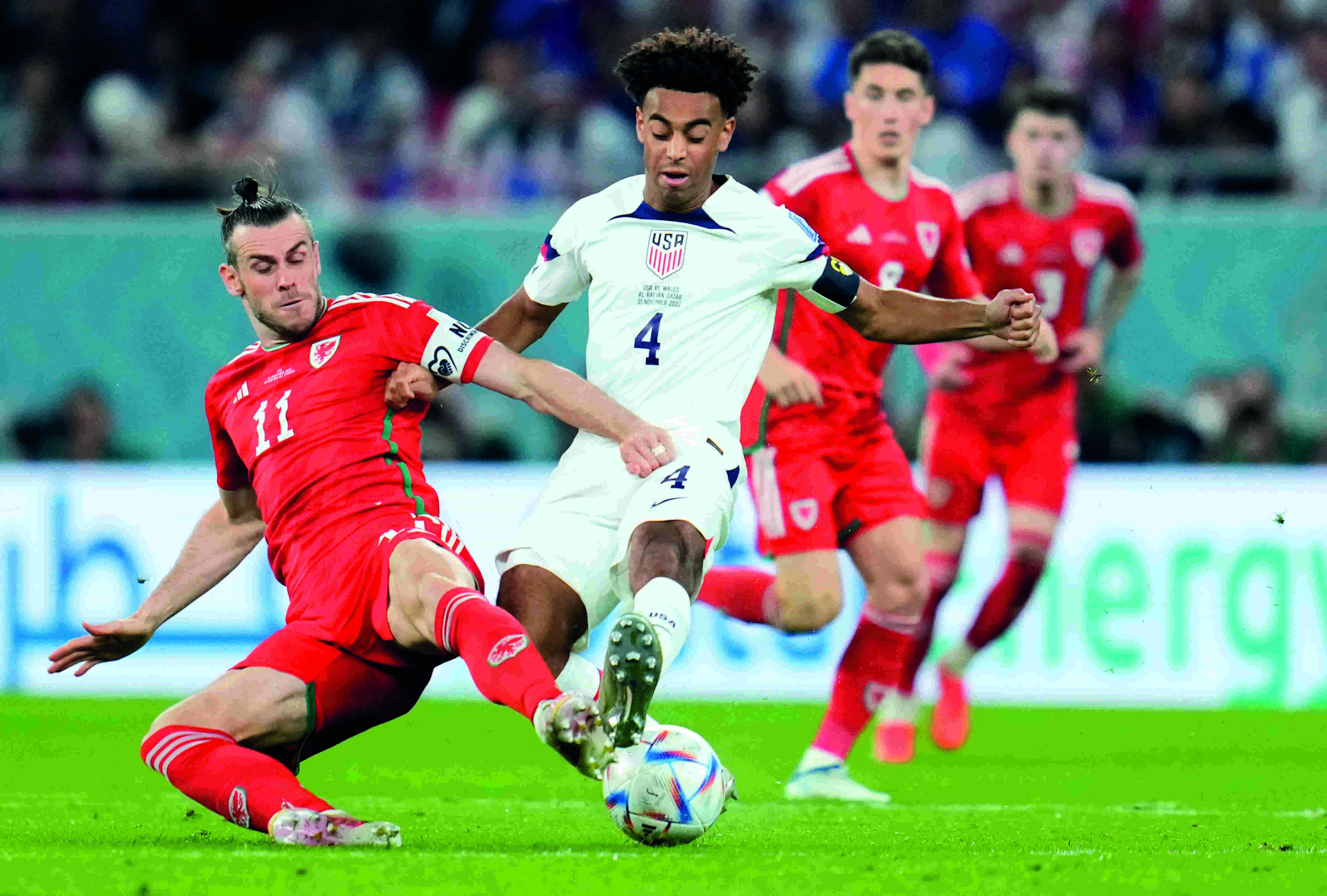 Bale converted the resulting penalty kick in the 82nd minute, giving Wales a 1-1 draw Monday night that left the Americans feeling frustrated and made their path to the knockout stage more precarious.

"You feel like you have the game and you're going to win the game," midfielder Brenden Aaronson said. "It's a punch in the face."

Tim Weah put the Americans ahead in the 36th minute off a pass from Christian Pulisic, scoring in front a crowd that included his father, former FIFA Player of the Year and current Liberia President George Weah.

Back in the World Cup after missing the 2018 tournament, the United States had only to close out the final minutes. But Brennan Johnson made a throw-in that Aaron Ramsey cut back to Bale, who had his back to the goal near the penalty spot.

"He probably just puts his leg not for the ball but to try and get in the way of me hitting the ball," Zimmerman said. "So I kind of went through him and I think I still got the ball. But clever move I wish I would have seen him out of the corner my eye."

Shooting in front of the Red Wall of supporters, Bale sent his kick past goalkeeper Matt Turner for his 41st goal in 109 international appearances, salvaging a point for Wales in its first World Cup match since 1958.

"Obviously, a difficult game," Bale said. "First half was not how we wanted to play and the United States played really well. We played quite poorly."

Next up for the United States is a high-profile matchup Friday against England, which opened with a 6-2 rout of Iran. Wales faces the Iranians.

"It think it's pretty clear a disappointing result for us," Turner said.

Weah, just 22, was part of a new-look American team that is the tournament's second-youngest.