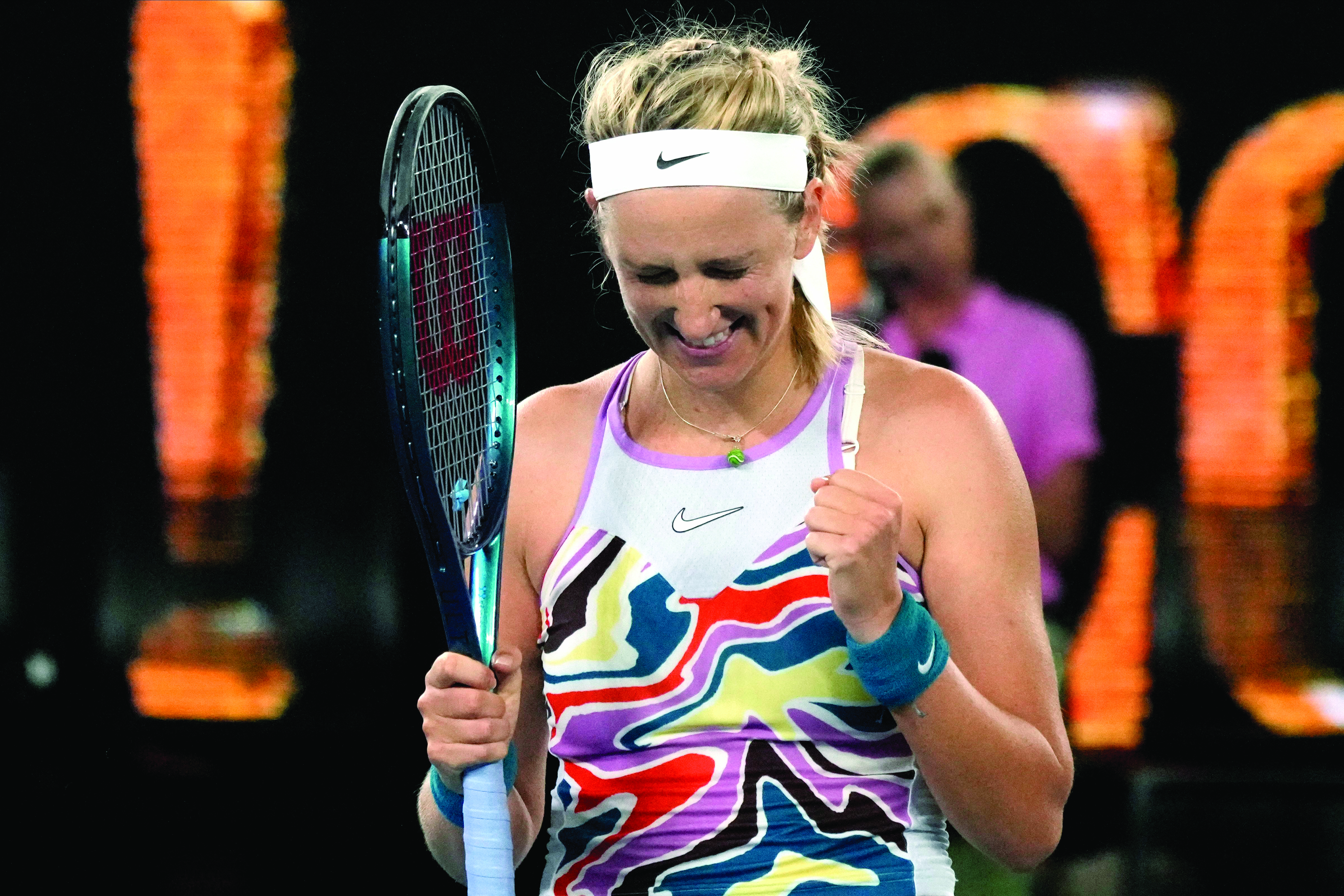 Melbourne: Victoria Azarenka displayed the same confident brand of hard-hitting baseline tennis that carried her to two Australian Open titles and the No. 1 ranking a decade ago, beating Jessica Pegula 6-4 6-1 on Tuesday night to return to the semifinals at Melbourne Park.

Azarenka won the 2012 and 2013 championships in Australia, but she had not been back to the final four there since then.

Now 33 and a mother she walked out into Rod Laver Arena wearing a jersey from her 7-year-old son’s favorite soccer team, Paris Saint-Germain Azarenka, who is from Belarus, delivered big shot after big shot, raced to a 3-0 lead in 12 minutes, and never really let the No. 3-seeded Pegula, a good friend, get into the match.

“Leo doesn’t really care so much that I’m playing here,” Azarenka said with a laugh.

“He worries more about his football and when are we going to go play again. Obviously, he is watching some matches, but he definitely wants his mom to be home. So a few more days here, and I’ll be back.”

Even when Pegula did grab a game, she needed to work so hard for it, erasing six break points before finally holding serve to get on the board.

It was a far cry from the sort of success Pegula had earlier in the tournament: She entered Tuesday having dropped zero sets and 18 games across four previous matches.

The No. 24-seeded Azarenka’s semifinal opponent will be No. 22 Elena Rybakina, the reigning Wimbledon champion, who defeated 2017 French Open champion Jelena Ostapenko 6-2 6-4 on Tuesday afternoon. That match was delayed for about 20 minutes in 0the first set while the main stadium’s retractable roof was shut because of rain.

Rybakina hit 11 aces to take her tournament-leading total to 35.

“I got all the experience at Wimbledon, and it’s helping me now this time, here in Australia, and I know what to expect,” said Rybakina, who was born in Moscow but has represented Kazakhstan since 2018 because it offered to fund her tennis career. “For sure, it’s just easier in this case.”

In men’s action, Karen Khachanov reached his first semifinal at Melbourne Park and made his second consecutive trip to the final four.