Unbeknownst to many, satire was born in our very India in the 1600s and the first ‘stand-up comedians’ merrily blanched their rulers. The trend is growing 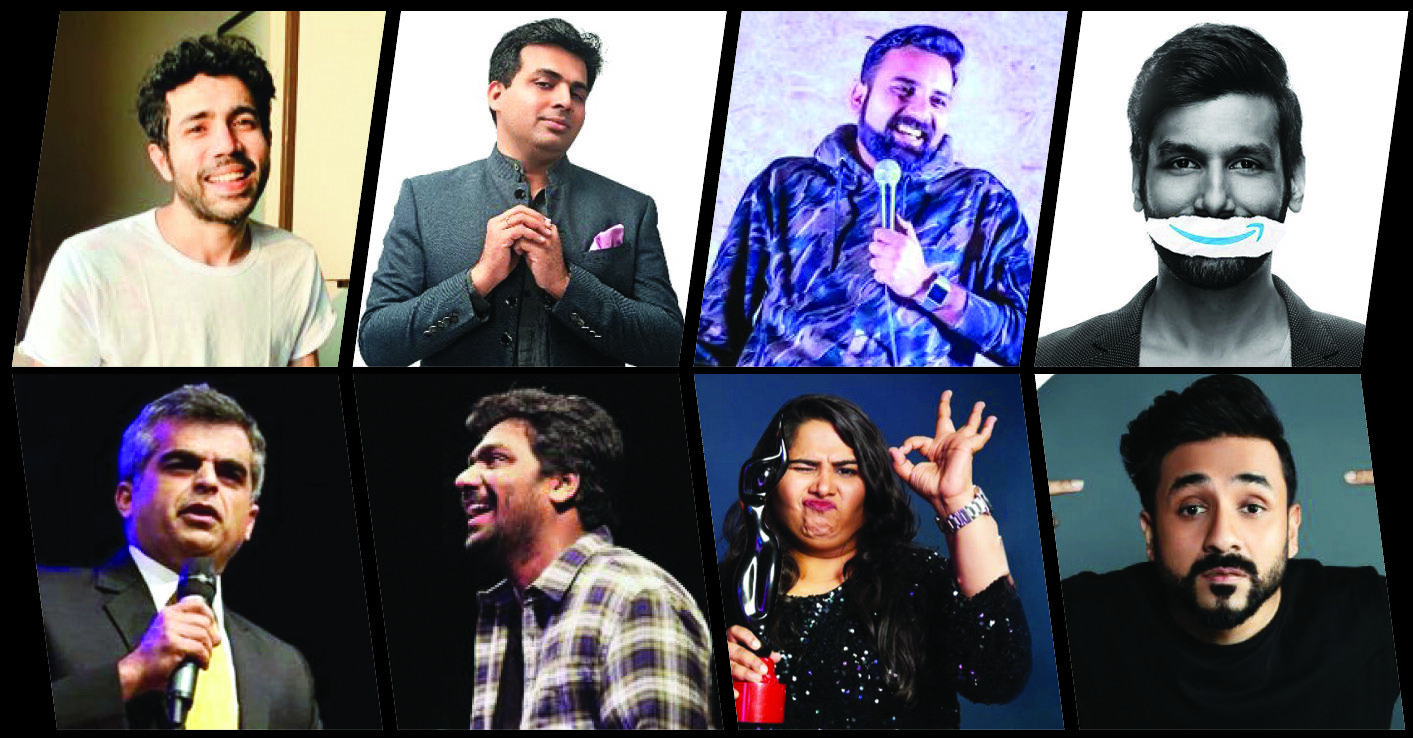 It comes from injustice; that

there are wrongs in the world.

What better place to get that

than in a newsroom, because

you're on the front-lines?"

Few would know that when members of the then Indian nobility went to Emperor Aurangzeb in the late 1600s and urged him to ban satirists, he took them aside and informed them that he couldn't. "I have got into a secret deal with them to leave me out of the discourse and not target me personally," Aurangzeb informed the astonished bunch of nobles. The dejected lot left the Emperor's court, with no recourse in sight after being turned down by the greatest power in the land. They returned red-faced and were repeatedly publicly-ridiculed; lest you don't know this, then-satirists regularly made a mockery of the ruling classes.

Those times were different. That was because then Emperor Aurangzeb, often described as the "last effective Mughal emperor" to rule India for nearly 50 years from 1658 to 1707, while never a favourite in the eyes of soothsayers and historians, was never critical of public criticism or backlash. In fact, he is credited with creating far more than be destroyed, as ascertained and insisted upon by noted historian Audrey Truschke. "Emperor Aurangzeb protected more Hindu temples than he destroyed. He employed more Hindus in his imperial administration than any prior Mughal ruler, and that by a fair margin," she wrote.

This is despite the historical fact that Aurangzeb ascended the throne after imprisoning his father and having his older brother killed. And let's not forget another historical fact that Aurangzeb imprisoned his father Shah-Jehan, who was mindlessly squandering Mughal coffers in his quest to build a memorial in Agra for his beloved Mumtaz Mahal, which is now a Wonder of the World, the Taj Mahal.

Today's satirists, at least in India, are not as fortunate as their predecessors. They face the same guillotine that Aurangzeb wielded on his father when the occasion demanded it, or 'jab paani sar se upar nikal gaya' ('when the water went over the head'). In all humility, I am speaking of Emperor Aurangzeb, certainly the most powerful and wealthiest ruler of the Mughal day. History has it that his near-50-year reign had a profound influence on the political landscape of early modern India, and his legacy continues to loom large in India and Pakistan to this day, though he doesn't anymore have a road named after him in Sir Edwin Landseer Lutyen's Delhi.

Back to satire, the English language is nonetheless funny and we have now learnt to read and speak it too. The Oxford Dictionary typifies four categories of slander—sarcasm, innuendo, satire and paradox. An unspoken fifth is raillery, far more powerful than the first four. And lately, a new generation of Indian narrators is being born, albeit mostly on social media. It is sad to see this transition from former supremacy to today's decrepit ways. The fall from grace has happened as people have been made feeble or are dangerously misinformed (oft-over-informed too), and their ignorance and hatred for certain traits is scary.

The roots of this stem from British colonialism; while it may find few supporters in India today, the truth remains that certain sections have gobbled up colonial-era depictions of history, including that of Emperor Aurangzeb, and spit them out in order to foster communal sentiments. The embrace of such ideas is not really surprising, given our blind embrace of a particular kind of nationalism, but it is quite damaging as far as our founding fathers' vision is concerned—they envisaged India as a secular state that celebrated people from all religious backgrounds.

As I said earlier, times are different now, as are the narrators and the media itself, especially so as its ranks are getting fast depleted depending on the tone and content of reportage. Many of the most well-known faces on TV channels of yesterday have either been given the golden boot or have moved out of large media houses of their own volition after their 'version' of news found the disapproval of the authorities. Many of these news anchors are now active YouTubers, some of the key ones being Ajit Anjum, Punya Prasoon Bajpai, Abhisaar Sharma, Kumkum Binwal and Naveen Kumar; the latest to join their ranks is Ravish Beliram Pandey, better known as Ravish Kumar. Two other mention-worthy satirists and commentators on social media are Atul Chaurasiya and Satya Y.

A special mention of Ravish Kumar here, the star anchor who resigned last week from NDTV after the takeover of the media group. His exit triggered an onslaught of memes, cartoons and satirical videos on social media, bemoaning what many believe is a further narrowing of media freedom in India. The Ramon Magasaysay Award-winning news anchor has hosted programs such as Hum Log, Ravish Ki Report, Desh Ki Baat and Prime Time over his nearly three-decade stint at NDTV. He now begins a new innings on social media—within days of his announcement of the launch of a YouTube channel, the number of followers has already ratcheted up to 2.18 million, and is growing.

So what's triggering this jump in the number of 'new reporters' and satirists on social media? Largely, it is the intolerance of certain elements and the resultant whiplash of punitive, retaliatory action that follows hot on the heels of any 'unacceptable' report. By shifting to social media sites, once well-known TV anchors and reporters manage to remain in the public realm, using such independent platforms to continue reporting, share their views and stay relevant.

The 'Nirbhaya Case' of 2012 is a standout example, as an entire country took to the streets and the media bayed for blood, asking those then in positions of authority to step down from office. In stark contrast, the 'Hathras Case' of 2020 saw uproar from people across the nation, yes, but media reports on this gruesome incident were far from balanced, with most media segments calling it an 'international conspiracy' and all but none questioning the authorities. I can recount numerous similar instances of spineless reporting—the Lakhimpur Kheri mowing down of marching farmers; the Unnao rape case; the release of Bilkis Bano's convicted rapists; the discovery of truckloads of drugs in Mundra Port; the recent Morbi Bridge collapse, and so on.

Paradoxically, it is this loss of spleen in sections of the media that is catalyzing a surge of reporters and incisive reports on social media platforms, and of course the return of satire in Indian news. While the intrinsic content and message is oft-chilling and always depressing (given the trends on fronts economic, social, communal and religious), the message delivery vehicles are often rib-tickling and downright hilarious. Sarcasm and innuendo are at their brightest best, while paradox and satire are at their darkest. At the end of the day, the message has been delivered; of course, the viewer still has to be discerning in sifting through what has been served on his plate, decide what needs to be ingested and discard what is unpalatable or appears rotten.

To close this column, let's hear what Adolf Hitler said to his chosen Generals in a private meeting—"How fortunate (it is) for Governments that the people they administer don't think." It is time then to not just think, but also blink; the latter will keep the eyes well-moistened and the vision clear, so that we can see what is real and what's not; and what brilliant satire is and what's a motivated fake.

The writer is a veteran journalist and communications specialist. He can be reached on narayanrajeev2006@gmail.com. Views expressed are personal