Once pioneered by western nations, the idea of soft power diplomacy is gaining traction in Asian countries like Japan, China and India 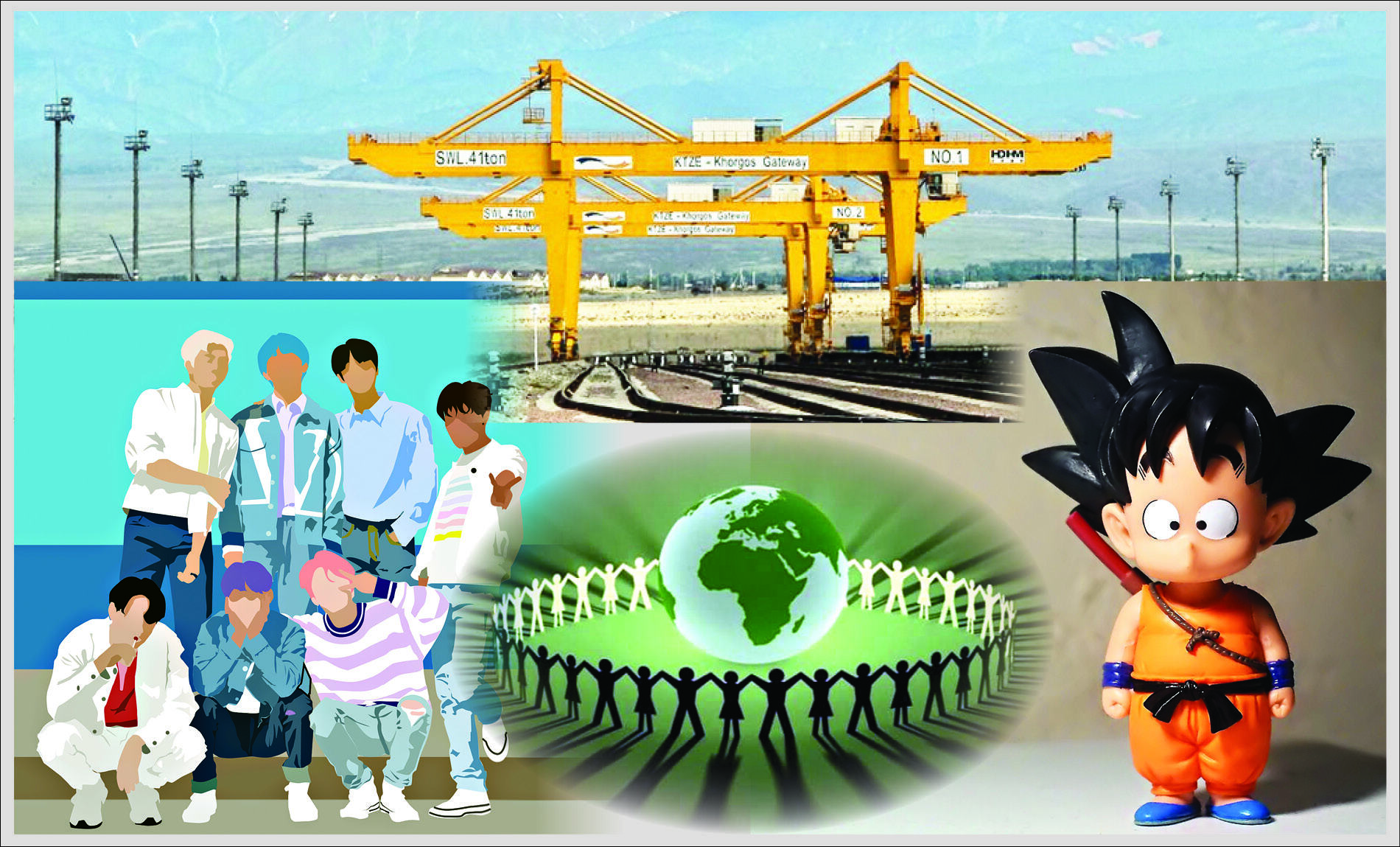 The last decade has witnessed a striking change in global politics. The USA, once termed as an overstretched empire, is gradually receding its role in the international arena. This has been coupled with a decline in American soft power diplomacy. American culture may be viewed as an attractive intangible asset to foreign nations in almost all aspects of life. Nonetheless, vital cultural differences may intervene in this process of glocalization; and this is where the alternative idea of multiculturalism may get an impetus. The widespread nature of American culture and the strong dominance in global affairs were established over a long period, and history is witness to this hegemonic rise.

Soft power as a term was coined by the American political scientist Joseph Nye in the late 1980s. It entails the ability of a nation to achieve what it wants through the power of attraction rather than coercion. It is not just ephemeral popularity but has a psychological aspect to it.

The post-cold war era, and the establishment of international bodies like the United Nations to perpetuate peace and cooperation are milestones in the arena of soft power diplomacy. The USA is the guiding light and torchbearer of the idea. However, the era of new globalisation, with the Global South coming to the forefront, has been responsible for a rebalancing of power among different nations. Another factor is the process of power diffusion from state actors to non-state actors. Soft power has acted as a diplomatic tool for strengthening foreign policies of nations. Though, the establishment and perpetuation of international stability through soft power diplomacy is an idealistic dream. Lee Kuan Yew once said that the effectiveness of soft power is when all the other nations admire the other country and intend to emulate its civilizational aspect.

The case study of Carol Atkinson's survey in 'Does Soft Power Matter? A Comparative Analysis of Student Exchange Programs, 1980–2006' is a classic example of the natural penetration of ideas among students from authoritarian regimes coming to the US. The outcome was that students often became wholly immersed in the societal difference between America and their homelands. They returned to hold politically influential positions and lead their nations to ideological shifts. This shows that America's soft power in the political and societal ideology may, in the long run, have an 'Americanizing' effect. But this holds good only if the interaction between exchange students and the hosts is done well.

Over the years, we also witnessed a slow rise in the soft power diplomacy of non-western nations, predominantly Asian countries. The historical backgrounds of most Asian nations reflect a late industrial revolution in the region. The 1950s witnessed poverty and starvation as common threads among countries. The significant but minimal influence that the region got in the domain of soft power was through the popularity of Nehru Jackets and the Maoist Revolution.

However, an interesting case study would be Japan. The resurgence of Asia in the arena of soft power on the global scene can be attributed to the economic success of Japan, which made it the first non-western nation to blend modernity with its unique culture. Japanese manufacturers are ruling the roost in home video games across the globe. Japanese animation is a massive hit among teenagers. The interim economic slowdown did not impact the soft power diplomacy of Japan. Though, history is a challenge for Japan, unlike Germany which could reconcile its past with other European nations. There may be a lingering residual suspicion of China and Korea, which limits the Japanese appeal. The challenge for Japan may also include its dwindling demographic dividend and population shrink. Its immigration policy is not very open to immigrants, and the language barrier disincentivizes international talent.

Other looming giants of Asia are China and India. Both have huge population potential and a rapid economic growth trajectory. The Chinese have a 3,000-year-old concept of soft power which they promote through their Confucius Institutes. There has been an increase in the enrolment of foreign students in Chinese schools. The Chinese concept of soft power is intrinsically different from the western notion. They define soft power in terms of spiritual power. This inculcates Sun Tzu's idea of subduing the enemy without fighting a war. For the Chinese, soft power has a cultural legacy of language, literature, philosophy, and medicine. Global recognition came when, for the first time, a Chinese novelist Gao Xinjian was given the Nobel prize for literature in 2000. Similarly, 'Crouching Tiger' and 'Hidden Dragon' were a few non-English films that were highest-grossing at the box office in 2000.

India, on the other hand, has always been a nation to promote the civilizational value of Vasudhaiva Kutumbakam. History had witnessed its stand through the novel idea of non-Alignment when nations were forced to take sides with the superpowers in the choppy water of cold-war politics. Lately, in the field of entertainment, it has been seen that Bollywood produces more movies every year than Hollywood. There has been global recognition of its films like 'Monsoon Weddings'. In 2001, Indian diaspora writer VS Naipaul was also given the Nobel Prize for literature.

Asia may have the idea of shared identity when it comes to development of soft power diplomacy. This can intricately be done through harmonization of civilizational values of all players that are dominant in the region. Perception is the crucial actor in the penetration and perpetuation of soft power diplomacy. The spread of the online world and social media has accelerated this process of influence. It should be noted that ordinary Asians are not caught up in this zero-sum competition between the great powers, and do not connect to these dynamics on a day-to-day basis. There exist disputes ranging from trade to territorial conflict, but they don't penetrate the minds of common masses as deeply as the ideas of culture, values, and lifestyle do.

The American policy of Pivot to Asia, the Chinese Belt and Road Initiative (BRI) and the establishment of AIIB have also impacted their image in global affairs. Similarly, the Trump administration's confrontational stance on climate or global security has also contributed significantly to its soft power image. Yet, the impact has not been on a large scale. This can be seen in the rankings on Global soft power. This can also be seconded by the Asian Barometer Survey conducted in 14 countries in two waves in East Asia. The US remained dominant in both waves as a preferred choice/model. At the same time, both Japan and Singapore are seen as a model reinforcing multipolarity. Similarly, Korean culture has caught the imagination of the global citizenry in terms of its K-pop industry, beauty products, and entertainment industry.

Yet, Asian nations are still to make a mark on various indices of potential soft power resources. Domestic policies, political ideology, and values set limits on all the nations. The idea of soft power is an evolving phenomenon for most nations, and acts as a powerful tool for foreign diplomacy and public outreach. The Global South is not far behind in catching hold of this idea and broadening the horizon of soft power diplomacy.

The writer is PhD Scholar in Political Science and International Politics. Views expressed are personal