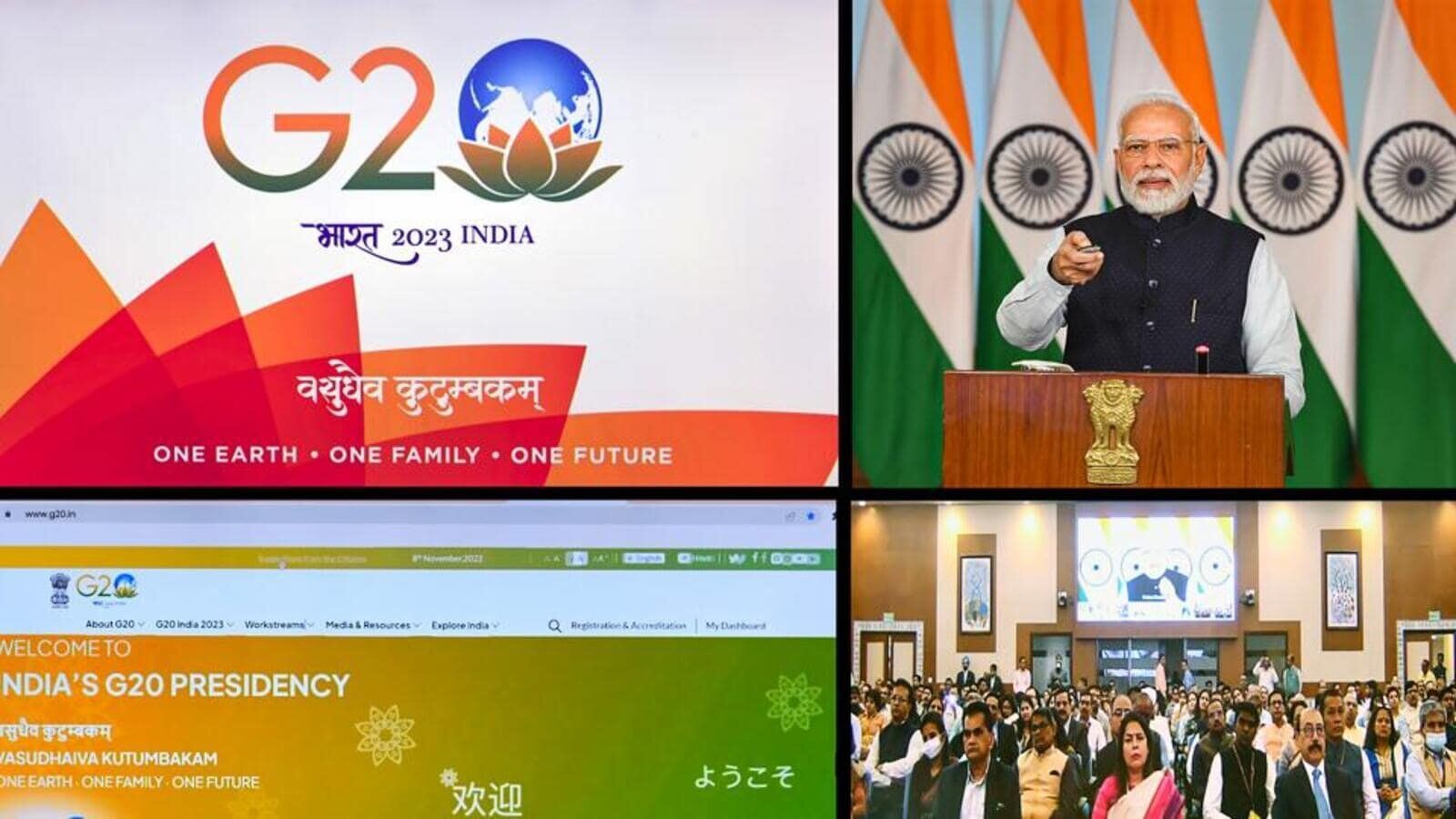 One of the striking features of India's G20 presidency is that its meetings will be held in 32 different sectors at 55 different locations across the country, rather than being urban-centric

India took over the leadership of the G20 after the Indonesian President symbolically handed over the gavel to the Prime Minister of India on November 16. As India will be assuming the presidency of G20 on December 1, it will be at the forefront of establishing consensus among the developed and developing countries on the issues of global importance over the next year. It is a real opportunity for India to show Global Leadership.

This presidency has come at a time of crisis and chaos when the world is confronted with the after-effects of the disruptive, once-in-a-century pandemic, conflicts, as well as a lot of economic uncertainty.

Despite the fact that the G20 is a blend of developed and developing countries, India will primarily represent the voice of the developing world. The Prime Minister of India has rightly said that India must set the agenda. This is significant because, in the past, the developed world used to decide what is right for the developing world. This is one of those times when India is setting the agenda for the world, getting other countries to react and building consensus on a wide range of issues.

The challenge for India at this point in time will be to ensure that the G20 presidency will be inclusive, ambitious, decisive and action-oriented. There will also be a challenge to accelerate the pace of SDGs as we are almost mid-way to 2030.

India is also an important theme in this aspect as what India has achieved in less than a decade would have taken many decades and therefore by building a digital identity it has been able to ensure that it is able to put money into the bank accounts of citizens, the total number of women who have bank accounts has grown from 19 to 56 per cent. Between 2014 and 2018, India created 55 per cent of all bank accounts worldwide.

The challenges before the world are that close to 2 billion people do not have a bank account, and fast payments are available in only 55 of the 186 countries of the world; therefore the world working together will accelerate the pace of growth through digital transformation.

When it comes to climate action, India is the only country that has met its NDC targets nine years ahead of schedule, as promised at Cop 21. India is now attempting to establish itself as a global production hub for green hydrogen. Thus, it can use this opportunity to make a mark by pushing for green developments across the world.

Throughout the presidency, meetings will be held with the working groups as well as the engagement groups - business 20, youth 20, think 20, women 20, and so on. India's Sherpa Amitabh Kant recently mentioned during one of his interviews that as India will be hosting G20 for the first time, the meetings will not be urban-centric i.e. restricted to Delhi and Mumbai. So to make this a wholesome experience, these meetings will be held in 32 different sectors in 55 different locations across the country like Kumarakom in Kerala, Nagaland, Manipur, Andaman, Udaipur and so on and in this process all the citizens of the country will be a part of this national integration.

The challenge for India is to ensure that every visitor who comes to India during this time period leaves completely spiritually reenergized, mentally rejuvenated, and physically elevated. As a result, India will try to create an experience that is rich in culture, cuisine, and a diverse range of activities. This will necessitate the preparation of infrastructure as well as active citizen participation.

In addition to the international organizations such as the United Nations, World Bank, IMF, WTO and ILO and chairs of regional organizations, India will be inviting nine other countries – Bangladesh, Egypt, Mauritius, the Netherlands, Nigeria, Oman, Singapore, Spain and the United Arab Emirates as guest countries to represent their voice in the G20. This will be a unique opportunity for India to create a lasting legacy.

A year from now, India's presidency will have made the world realise with the theme 'Vasudhaiva Kutumbakam' that we all are citizens of the world, that we are able to spread the feeling of one family, one Earth, and that when we work together, we truly build a future that is inclusive, resilient, and sustainable. It will be interesting to see how India can redefine G20 and make a difference for the citizens of the world.