From merely five medical colleges prior to its formation, Telangana has come a long way in establishing one in each district of the state 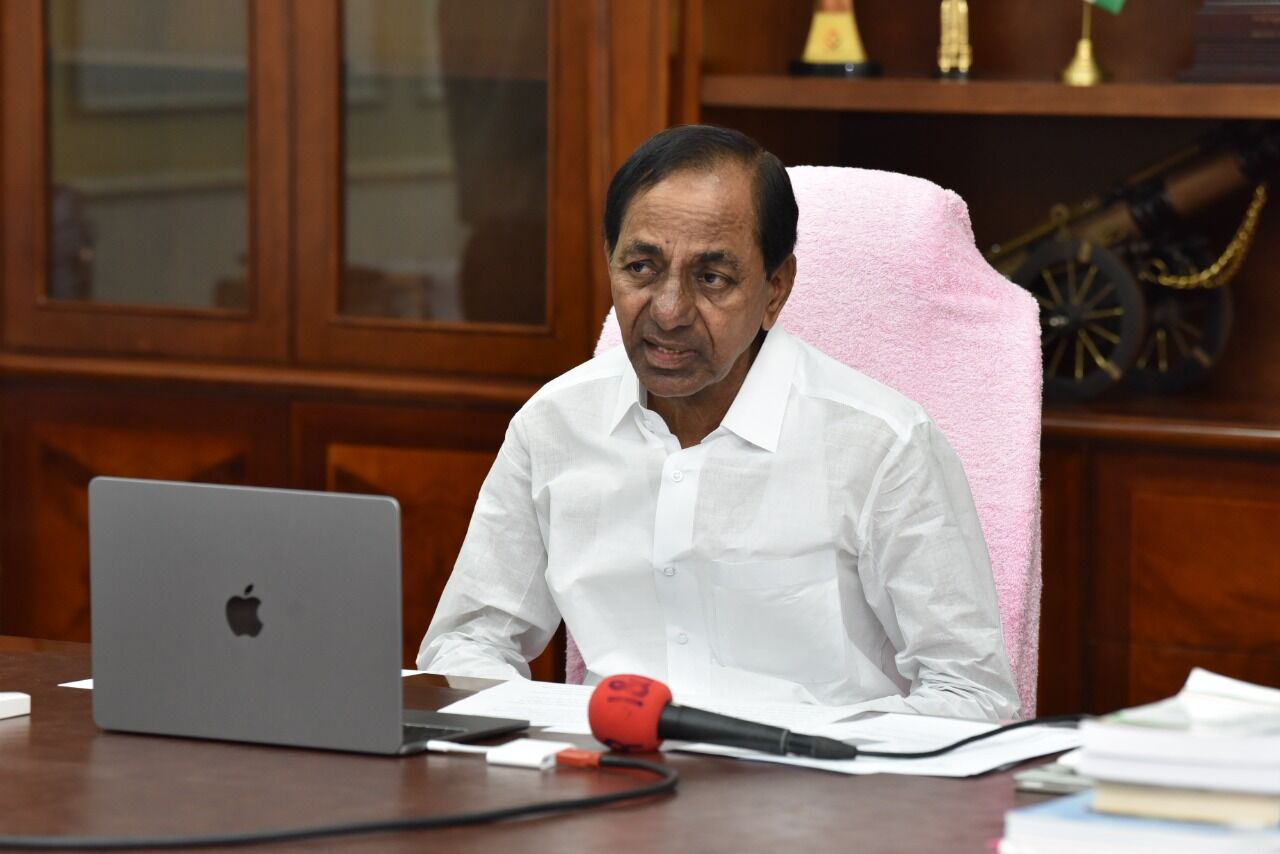 Telangana state, the newest in the country, is marching ahead towards creating a record of sorts in medical education, wherein every district will be provided with a government medical college, including in remote and tribal areas. An exceptional chapter in the contemporary history of medical education in Telangana state was unveiled virtually through video conference at Pragati Bhavan, the Chief Minister's Camp Office in Hyderabad, on November 15, 2022.

CM KCR formally launched the commencement of classes for MBBS first year students in eight new medical colleges in the state, heralding a qualitative change in medical education. With this initiative of Chief Minister K Chandrashekhar Rao, medical studies will get a tremendous boost in Telangana. In future, no student would need to migrate either for MBBS or in due course for specialty, super-specialty and multi-specialty studies in medicine to other states.

Opening of new medical colleges means improving the standards of healthcare facilities, better patient care services, availability of adequate number of MBBS as well as specialty and super and multi-specialty doctors. This has enabled four times increase in the MBBS seats in government colleges from 850 to 2,790, postgraduate seats from 531 to 1,180 and multi-specialty seats from 70 to 152. Thus, ample opportunities are available for merit students and also for Dalit, tribal, weaker sections, BCs and minority students. In the true spirit of 'Telangana practices and the country follows in all spheres', here is yet another Telangana model.

The history of medical education in this part of the country dates back to 180 years. Osmania Medical College in Hyderabad, formerly known as 'The Hyderabad Medical School', was founded in 1846 by the fifth Nizam, Afzal-ud-Dowla, Asaf Jah 5 and is one of the oldest medical schools in the country. The medical school was renamed as Osmania Medical College, after the seventh Nizam of Hyderabad, Mir Osman Ali Khan. The college is affiliated to Osmania General Hospital (OGH), one of the oldest hospitals in India. Sources divulge that, when the Nizam became ill, probably from diabetes, the then British Resident suggested that he be treated with Western medicine by a surgeon named William Campbell Maclean. The Nizam recovered fully. Impressed with allopathic medicine, he proceeded with the establishment of the Hyderabad Medical School, headed by Dr. Maclean. It appears that the world's first female anesthesiologist — Rupa Bai Furdoonji — graduated from here in 1889.

The second one started in Telangana was Gandhi Medical College (GMC), originally named as People's Medical College. GMC — founded in 1954 — was officially inaugurated on June 25, 1955, by the first President of India, Rajendra Prasad. In 1956, the college was taken over by the government. The college, which was originally located near the present-day SD Eye Hospital, moved to Basheer Bagh and later to its present premises in Musheerabad. Syed Nizamuddin Ahmed, the founder of the college was its first principal. The college is affiliated to Gandhi Hospital which was originally established about 150 years ago in 1851, to be developed into a cantonment hospital in 1900 and later grown to King Edward Memorial Hospital in 1913.

The third one was Kakatiya Medical College which was founded and inaugurated on 23 July 1959 by the Warangal Regional Medical Education society, supported by the then CM of united AP — Neelam Sanjiva Reddy. It was originally located in a building donated by the Pingale family at Waddepally, and moved into a makeshift building constructed at the permanent site in November 1961. The then AP government took over the college in February 1977.

S Murthy Chennapragada, a graduate and postgraduate from Osmania Medical College 25 years ago, and now working as a senior lecturer and Senior Pediatric and Interventional Radiologist in Sydney (Australia), was on a visit to Hyderabad when CM KCR launched the eight new medical colleges. He was thrilled to see the development initiated in Telangana in the field of medical education after its formation. He expressed the view that the plan to establish a new medical college for every district — covering rural, remote and tribal areas in the state — has a huge potential to transform the practice of medicine, in particular that of 'rural medicine'.

Murthy, however, favored a couple of additions for added benefit. To quote him, "Many of these fresher medical colleges may be promoted into dedicated colleges for rural medicine augmenting primary healthcare provision to remote and vulnerable communities. Medical students in these colleges may be taught concepts and principles of medicine relevant and applicable to unique healthcare needs in remote and rural areas unlike urban health care needs.

Since establishment of a medical college presumes facility of an equally well-equipped teaching hospital for training medical students, which is challenging, setting-up of multi-specialty government hospitals in every district with adequate infrastructure (apart from the already existing hospitals) and also qualified teaching staff commensurate to the needs of a teaching hospital needs to be given a thought. Hence, it would be better to affiliate larger tertiary care hospitals that are already in existence and have well proven capacity for teaching such as Osmania, Gandhi, MGM with multiple medical colleges so that the students can undergo rotations in certain departments in addition to their own local teaching hospitals.

There has been a tremendous increase in tertiary healthcare access now. However, essential needs still remain in Primary Health Care. The future doctors coming out of these new medical colleges may be suitably oriented to provide primary care. Towards this, these new medical colleges may have to design the curriculum to cater to regional, rural, tribal medicare with emphasis on providing global healthcare standards locally. This path breaking initiative would be a model for the entire country to replicate and thereby to improve primary healthcare standards."

In essence, an increase in the number of medical colleges will go a long way as it would strengthen medical education and revitalize the government system of primary, secondary and tertiary healthcare. However, as the majority of people's medical requirements are basically primary, while continuing to expand all kinds of general and spatiality hospitals, including Basti Davakhanas as well as village Davakhanas and to reduce rush on hospitals like Osmania, Gandhi, Fever etc. it is highly desirable to create large number of round-the-clock dispensaries or clinics. A general physician or an MBBS doctor assisted by a para-medic in shifts may be posted there to provide primary healthcare to an identified number of people in a specified area and thus bringing back the 'Family Doctor' concept with a personal touch.

The writer is the Chief Public Relations Officer to the CM of Telangana. Views expressed are personal