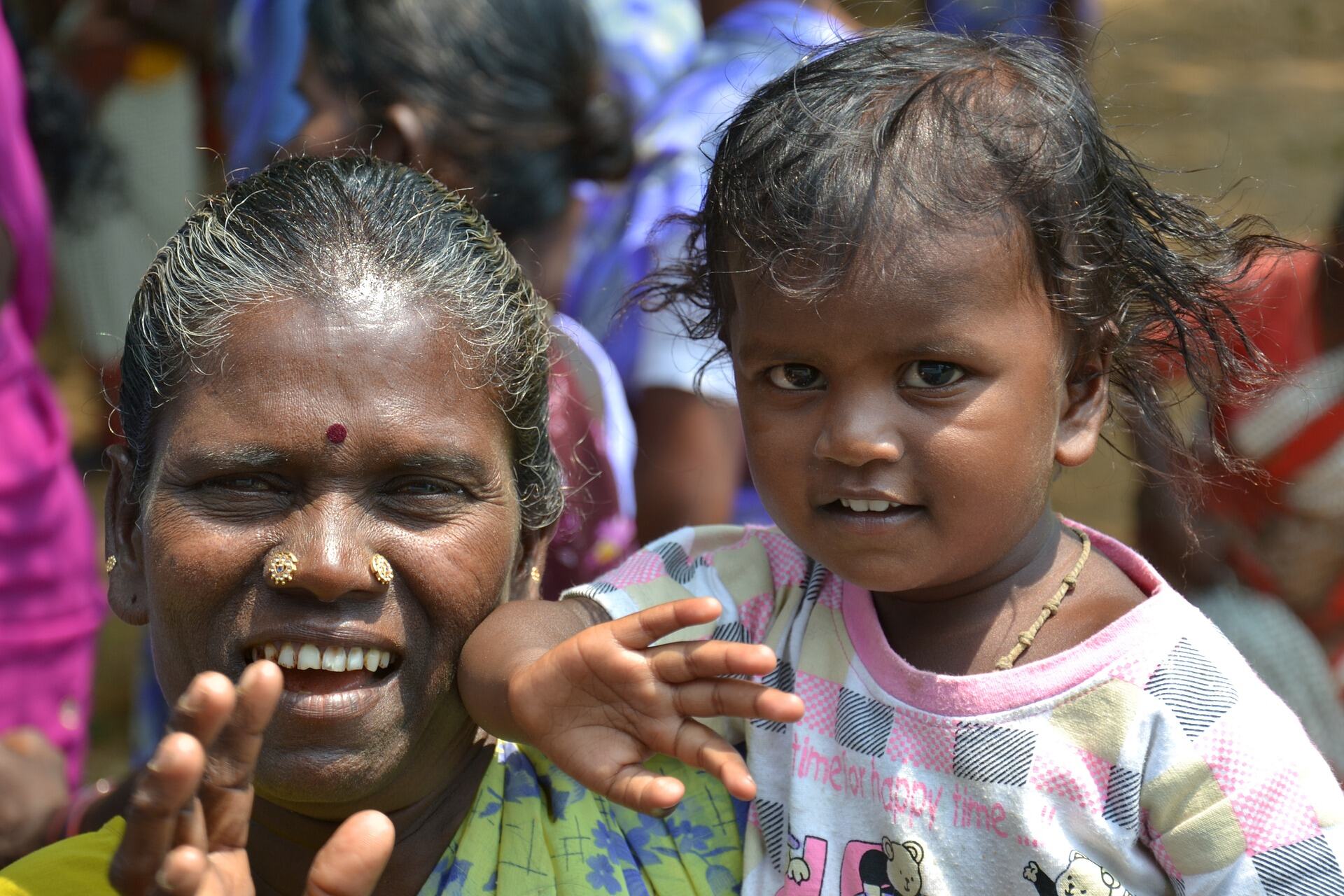 The sensational annual headline, engulfing the media even today, is that India is doing abysmally on the Global Hunger Index (GHI) and has slipped much more than its neighbors. Hunger is a complex construct with emotional overtones. However, lay-people and stakeholders instantly connect with the dictionary definition of hunger as having a desire, craving, or need for food, and this term should, therefore, be used with extreme care. It raises the false specter of widespread and profound dietary energy deficit leading to undernutrition, with potentially inappropriate policy responses. Consider this counter-narrative: no less than 1 in 2 Indian children, even among the impoverished, whether thin, stunted or not, are actually over-nourished (or "metabolically obese"), with high blood sugar, or cholesterol or high blood pressure. This is because of excess fat accumulation in a thin body frame, probably from cereal overfeeding. Further, overnutrition-associated Non-Communicable Diseases (NCDs) like diabetes, hypertension, heart disease and stroke are rapidly escalating in India, and appearing at younger ages.

Undoubtedly, the poorest quintile of the Indian population would have an inability to meet their balanced food requirements. But this is not systematic, and it is this proportion that should be precisely located, quantified, and fed with diverse and nutritious diets. Unfortunately, the solicited response to these melodramatic headlines is often blunt and universal: to supply an increased intake of cereals, fortified with chemical nutrients, or even ultra-processed food supplements to enhance caloric and micronutrient intake. The consequence of a muscular, universal, and industrial approach with inappropriate diets and quantities of cereals, rather than a precise focus of feeding with locally available diverse foods, converges with the counter-narrative of "metabolic obesity" that is being found in thin or short people.

So, the headlines run diametrically opposite to each other. There are two possibilities: first, there is something amiss with the GHI, and second, for the realistic burden of existing food insecurity, the hunger is for diverse and quality foods, and even development.

The PoU is the proportion of the population whose energy intake is less than the FAO-defined Minimum Dietary Energy Requirement (MDER). It is a poor indicator, based on one-size-fits-all threshold, oblivious of the variations in body size of populations. Consider this: in ICMR-National Institute of Nutrition dietary surveys, a substantial proportion of those consuming less than MDER were overweight (one-third in urban and one-sixth in rural areas) and/or had "metabolic obesity", analogous to the findings from the national survey on children. The PoU is a broad brush that makes the GHI imprecise, and is a pretense of a robust individual ranking of nations.

The other three indicators in the GHI — stunting (short-stature), wasting (thinness) and mortality — apply only to under-5-year children, comprising only one-sixth of the population. The underlying causalities of hunger are extremely suspect. There are literally tons of evidence that nutrition (or hunger) per se may be only one of several determinants of these, if at all. Hunger (starvation), to an extent of causing mortality directly, is extremely rare or unknown in the current era. In the first 28-days of life, where half the under-five deaths occur, these are unrelated to hunger; they occur due to birth asphyxia, sepsis, respiratory distress, etc. Undersize (stunting or wasting) in under-five children does not directly equate to hunger. Other important determinants of these indicators include genetic factors and development (vikas) with elements like water supply, sanitation, preventive and promotive health care, infection control, literacy, access to quality health care, etc. In a population overcoming an intergenerational constraint, undersized children are not primarily nutrients-starved, but hungry for overall and equitable development.

That brings us to the second possibility of a lack of diversity and quality rather than frank "hunger". The current population diets are cereal-dominated, with little diversity and quality for other macro- and micronutrients. Equating universal 'hunger' to the 'lack of dietary diversity' is a multiplier with damaging consequences: this hunger is addressed by feeding cereal, which will actually reduce diversity and quality. As we state in our counter-narrative above, half of those who are defined as 'hungry' children by the GHI, have blood biomarker levels that are synonymous with caloric overfeeding.

The GHI is a misguided sensationalist soundbite, with no specificity for the diagnosis of "hunger". It is a paradoxical index, when India was asked not to stop the export of wheat to countries ranked higher than it in the GHI. It is folly to entertain this index, when media reports of extreme hunger (starvation) in India's neighbors and in other countries rank higher. This irrelevant index creates misdirected shaming and stigmatisation, shoving governments to a proliferation of the "malnutrition-industrial complex", which diverts scarce public resources towards a universal supply of cereals and supplements. Instead the need is to focus on evidence-based and directed responses towards overall development and dietary diversity, to address the specifics of undernutrition while equally preventing the escalation of "metabolic obesity" and NCDs. It is time to ignore and bury this colonial index, while relying on evidence generated by our own competent national researchers to guide our own nutrition policy. National welfare, prudence, and rationalism must override all considerations!

Harshpal Singh Sachdev is a Senior Consultant in Pediatrics and Clinical Epidemiology; and Anura Kurpad is Professor of Physiology and Nutrition. Views expressed are personal