Messiah of the marginalised

Despite facing legal hurdles, UP CM has managed to lift the distressed Vantangias out of penury and ensured their access to long-denied basic rights 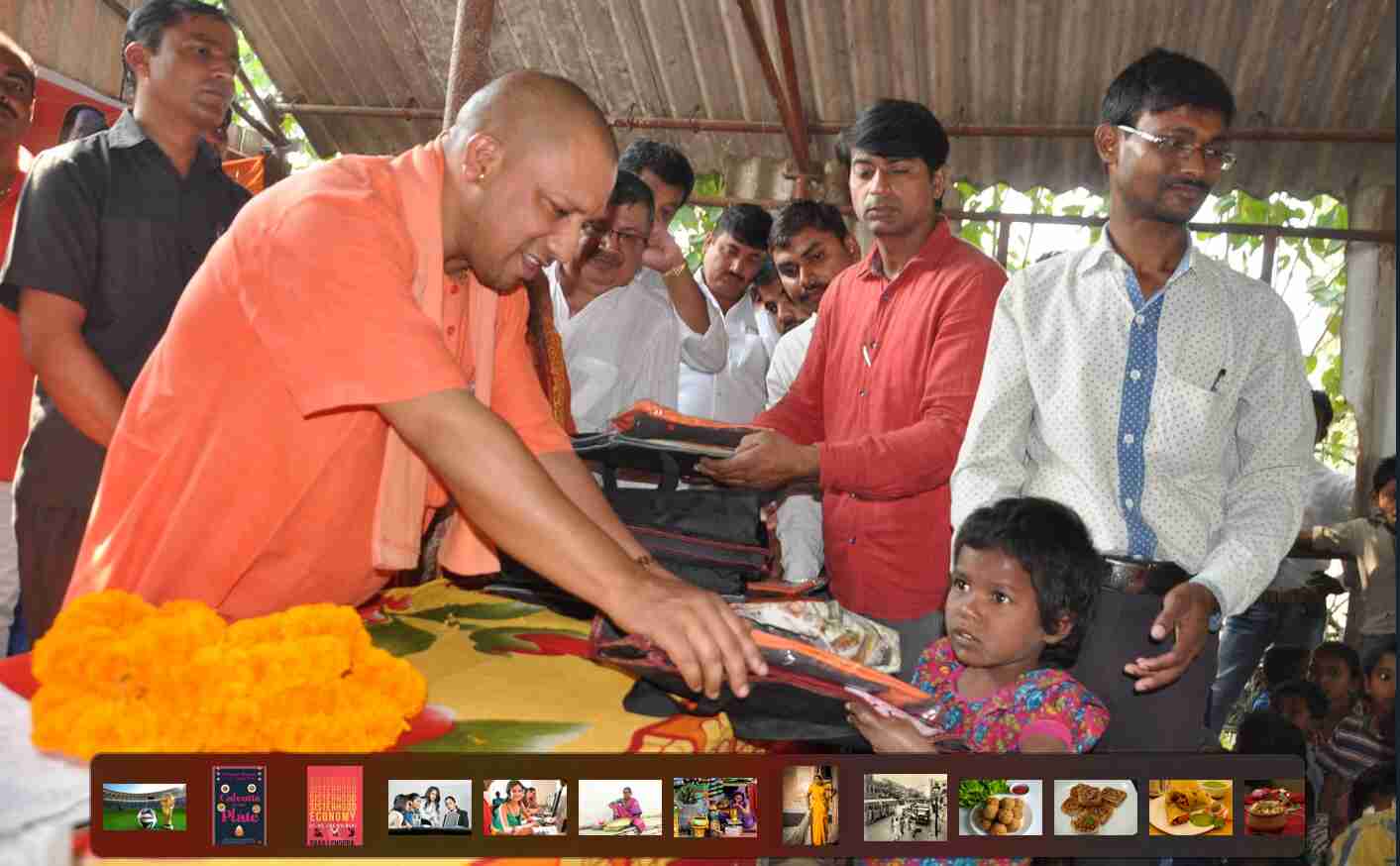 Uttar Pradesh Chief Minister Yogi Adityanath has proved to be a messiah for many in distress in the state but what he did for the Vantangia community is a testimony to his sensitivity towards suffering people. People belonging to the Vantangia community live in forests of half a dozen districts of Uttar Pradesh. They were bereaved of basic amenities and citizens' rights. Their sufferings started from the pre-independence times and continued even post-independence, till it grabbed the attention of the then Lok Sabha MP from Gorakhpur Yogi Adityanath who swung into action to help them out.

The condition of the Vantangia Community in Gorakhpur, Maharajganj, Gonda, Balrampur, Saharanpur, Lakhimpur and Bahraich districts remained as dismal as ever even after India's Independence in 1947. They were not only dubbed as illegal occupants of the land, but were castigated as well — so much so that they were denied constitutional rights to exercise their franchisees as Indian citizens. They were denied proper education and other basic amenities provided by the government to every citizen of the country, until the incumbent Chief Minister of Uttar Pradesh and the then Lok Sabha member Yogi Adityanath intervened in the matter.

Now, these villages, where people belonging to the Vantangia community live in the middle of the Kumhasi forest area in Gorakhpur district, have such facilities that are available to the urban populace of the country. Every facility accessible to them was made possible due to the single-handed efforts of Yogi Adityanath. The development programme for these villages was supervised by the CM. Among other such things, the CM celebrating Deepawali with the community every year is a very remarkable gesture by a mass leader like Yogi Adityanath. He was with them even on the last Deepawali that has just gone by. The CM has celebrated every Deepawali with them since 2009 which is still continuing. It has now taken the shape of a tradition.

But the question is who these Vantangias are? Why were they denied basic rights even after independence — which the entire country fought for? Actually, the British had the habit of exploiting people and using their labour by displacing them. Vantangias are people who were displaced from their roots to plant Sakhu (teak) trees which were cut to be used as slabs for laying rail tracks. Services of these mostly landless labourers were used for the purpose but they were denied everything. Tangia is a plantation technique used in Myanmar. Since these people were living in the jungle, they were called Vantangia. Five inhabitations were set up in the year 1918 in Kusumhi forest area — Tinkonia Number Three, Rajahi Khate Tola, Rajahi Nursery, Aambagh Nursery and Chilbilwa. But the people living in the forest areas did not have any cultivable land, hut or permission to undertake any other construction.

They had to eke out their living by selling leaves and carrying out other menial jobs. They did not have any documentary evidence to prove themselves to be part of this democratic set up and citizens of India. So, they were living under constant fear of being evicted by forest officials from the land they had been living long before the Independence.

But Uttar Pradesh Chief Minister took cognisance of the matter and noted their predicament when he got elected to the Lok Sabha from Gorakhpur constituency. He was even informed that Naxals were trying to penetrate into the area to execute their plan in the region. Vantangias could have fallen prey to the Naxals, had Yogi Adityanath not come forward to help them. So, he decided to put a check on Naxal activities by providing facilities like education, housing, road and health services. He took the services of Maharana Pratap Shiksha Parishad's institutions like MP Krishak Inter College, MPPG College (Jangal Dhoosad) and mobile Medical Service of Guru Shri Gorakhnath Hospital — operated by Gorakhnath Temple. Efforts initiated in 2003 started bearing fruits in 2007.

In 2009, Yogi Adityanath decided to start celebrating Deepawali with the Vantangia community to remove darkness from the lives of these people. When he reached among them to celebrate Deepawali, they realised the change in their lives. This has become a continuous process since then. Even after becoming the Chief Minister of the state, he reaches out to them — taking some time out of his busy schedule to celebrate Deepavali at Vantangia villages. He reaches there with sweets, books, copies and firecrackers to encourage them and inspire them to study and live a life like every citizen of the country lives. He brought colour in their lives by bringing benefits of government schemes to them. There are 23 villages in Gorakhpur and Maharajganj districts with a population of over 40,000. Gonda has five villages, Balrampur five villages, Saharanpur three villages, Lakhimpur and Bahraich one each — which have now been declared as revenue villages with facilities like housing, toilets, schools, proper drinking water, good roads, health centres, pension, etc., after Yogi Adityanath took over reins of the state. The initiative taken by the Chief Minister has not only changed the lives of the Vantangias but also given hope to many others in the state. So, he is known as the people's Chief Minister.