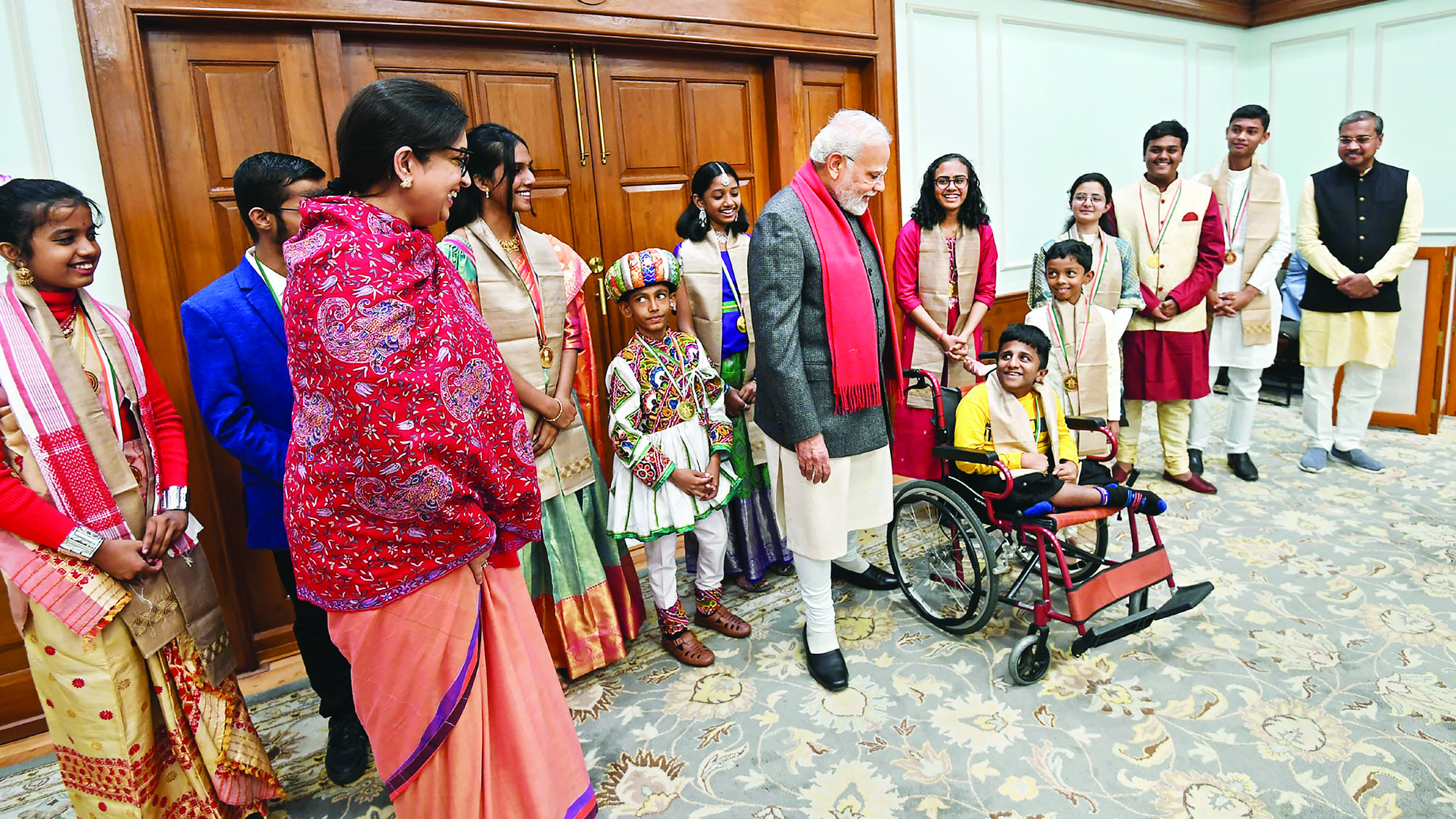 New Delhi: Prime Minister Narendra Modi on Tuesday interacted with winners of the ‘Pradhan Mantri Rashtriya Bal Puraskar’ and discussed issues such as tackling stigma around mental health and the problems faced by children.

He suggested the awardees to start by solving small problems, gradually build capacity, enhance capability and develop confidence to solve bigger problems as they go ahead in life, a statement issued by the Prime Minister’s Office said.

Discussing the issue of mental health and problems faced by children, the prime minister talked about tackling the stigma around the issue and the important role of family in tackling such matters.

Several other topics were also taken up by PM Modi during the interaction, including the benefits of playing Chess, taking up art and culture as a career, research and innovation, spirituality, among others, the statement said.

The prime minister also presented souvenirs to all the awardees and discussed their achievements on a one-to-one basis, which was followed by interaction with the entire group.

He engaged in an open-hearted interaction in an informal setting, the statement said.

The children asked him various questions about the challenges they face and sought his guidance on a variety of topics, it added.

The Government of India has been conferring the ‘Pradhan Mantri Rashtriya Bal Puraskar’ to children for their exceptional achievement in six categories namely innovation, social service, scholastic, sports, art and culture and bravery.

Each awardee is given a medal, a cash prize of Rs 1 Lakh and a certificate.

This year, 11 children from across the country, under different categories of Bal Shakti Puraskar, have been selected for PMRBP.

In a series of tweets, the prime minister lauded some of the children for their bravery in specific situations.

“Proud of Aadithya Suresh, who has shown remarkable resilience. He was diagnosed with a bone disorder but he is not one to have a low morale. He pursued singing and is now a talented singer. He has performed in over 500 programmes,” he tweeted.