Court denies bail to 8 accused, order reserved on one plea

The prosecution submitted a forensic lab report which noted that the bridge had rusty cables, broken anchor pins and loose bolts, and other issues were not dealt with while renovating it 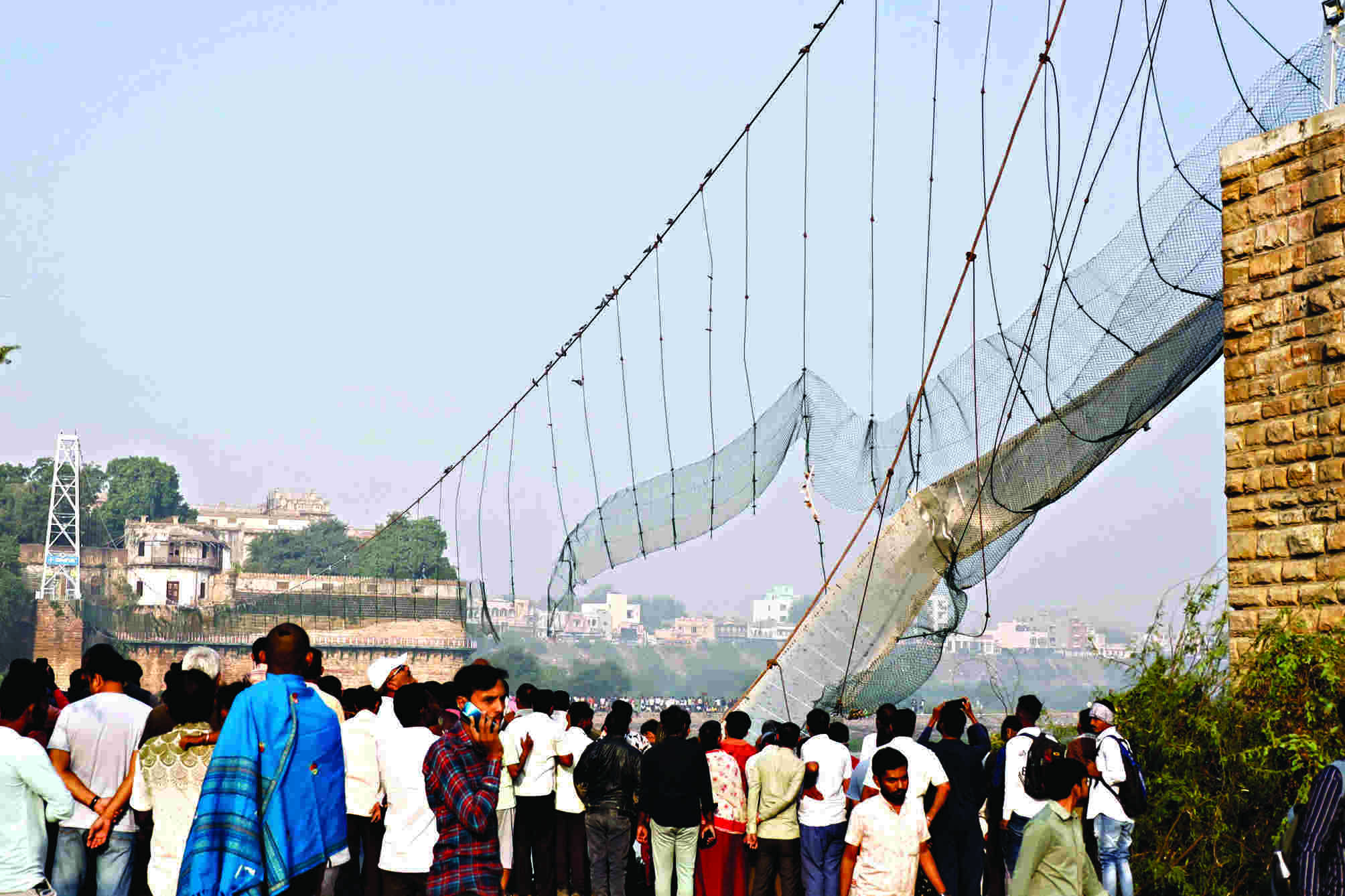 Morbi: A court here on Wednesday rejected bail applications of eight out of nine persons arrested in connection with the Morbi suspension bridge collapse tragedy.

Principal district and sessions judge P C Joshi said he will pass order on the bail plea of the ninth accused, Devang Parmar, on Thursday.

Devang Parmar is a co-proprietor of Dev Prakash Fabrication. Those arrested include Deepak Parekh and three others from the Oreva Group that was managing the suspension bridge. Arguing against their bail pleas, the prosecution had submitted a forensic lab report which noted that the bridge had rusty cables, broken anchor pins and loose bolts, and other issues were not dealt with while renovating it. The FSL report also pointed out that the metal flooring laid during the renovation increased its weight.

According to the prosecution, both the repairing contractors engaged by the group, which is mainly into clock manufacturing, were not qualified to carry out such work.

Orvea Group had hired Dhrangadhra-based Dev Prakash Solution to renovate the bridge. It collapsed four days after it was thrown open to the public post-renovation.