Mamata to visit Malda enroute to Birbhum on January 31 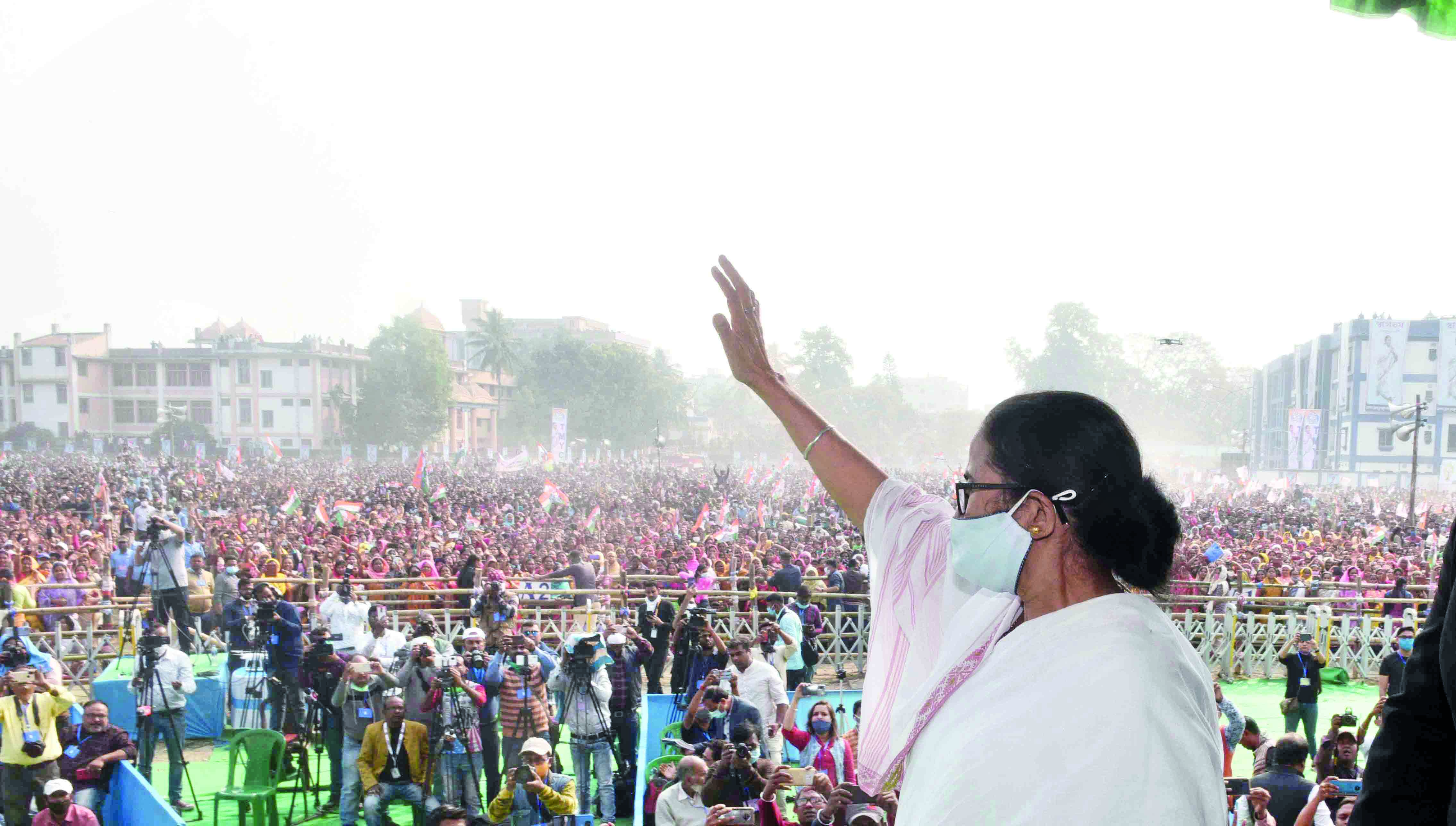 MALDA: Chief Minister Mamata Banerjee is scheduled to visit Malda on January 31. Administrative sources stated that she will be in Malda to hand over different welfare schemes to beneficiaries along with laying foundation stones and inaugurating new projects in the district.

The venue for the Government programme will be the Gazole College ground almost thirty kilometres from the district headquarters, the English Bazar. A temporary stage is being erected for this.

Around thirty-six beneficiaries of the district will be handed over approval documents of various schemes they had earlier applied for by the Chief Minister from the programme.

Speculations are rife, especially among the Trinamool workers and leaders over Banerjee’s visit — who is also the TMC supremo — with the Panchayat elections in the state around the corner.

Former state Minister and the present Chairman of the English Bazar Municipality, Krishnendu Narayan Choudhury, said: “Chief Minister is arriving at Malda on January 31. So far she has no party programmes on this tour to the district. However, we will be present to accord her a warm welcome.” According to sources the Chief Minister will be arriving by Helicopter around noon and will depart for Birbhum around 1:30 pm the same day. Administrative and police top brass paid a visit to review the arrangements. Security is being beefed up for the Chief Minister’s visit.