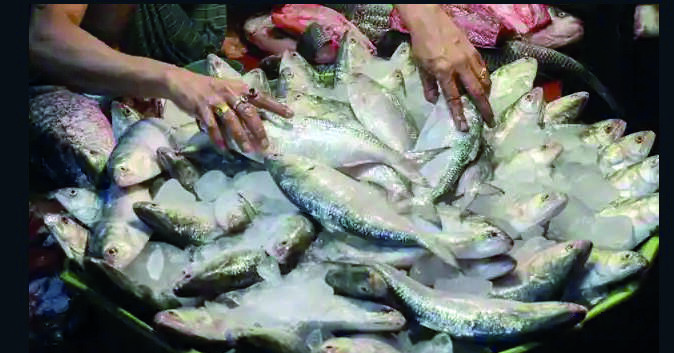 Kolkata: Chief Minister Mamata Banerjee on Thursday stressed on creating awareness among the people to stop the netting and sale of small Hilsa fish of less than 500 gm.

"It is good to have restrictions, but I feel that we cannot stop catching and selling Hilsa by only bringing in legislation. We have to increase awareness among the common people. We have set up a Hilsa Conservation and Research Center at Diamond Harbour which has increased the production of Hilsa in Bengal. We are now self-sufficient when it comes to Hilsa and we no longer need to import from neighbouring states or countries," Banerjee said during the question-answer session at the state Assembly.

She added that counselling and awareness drives will be taken up in this regard.

Trinamool Congress (TMC) legislator Sukanta Pal of Amta, Howrah regretted that Hilsa fish which was once available in abundance at Kolaghat in Rupnarayan River and its adjacent areas have dwindled in the recent past. He pointed out that the Hilsa fish have borne the brunt of the pollution of the Kolaghat thermal power plant. Pal asked whether the department had taken any steps to address this issue.

"Bangladesh government has ushered in a law and have been able to stop catching of Hilsa less than 500gm," Roychowdhury said.

He maintained that his department is mulling to come up with a law to curb the catching of small Hilsa fish.