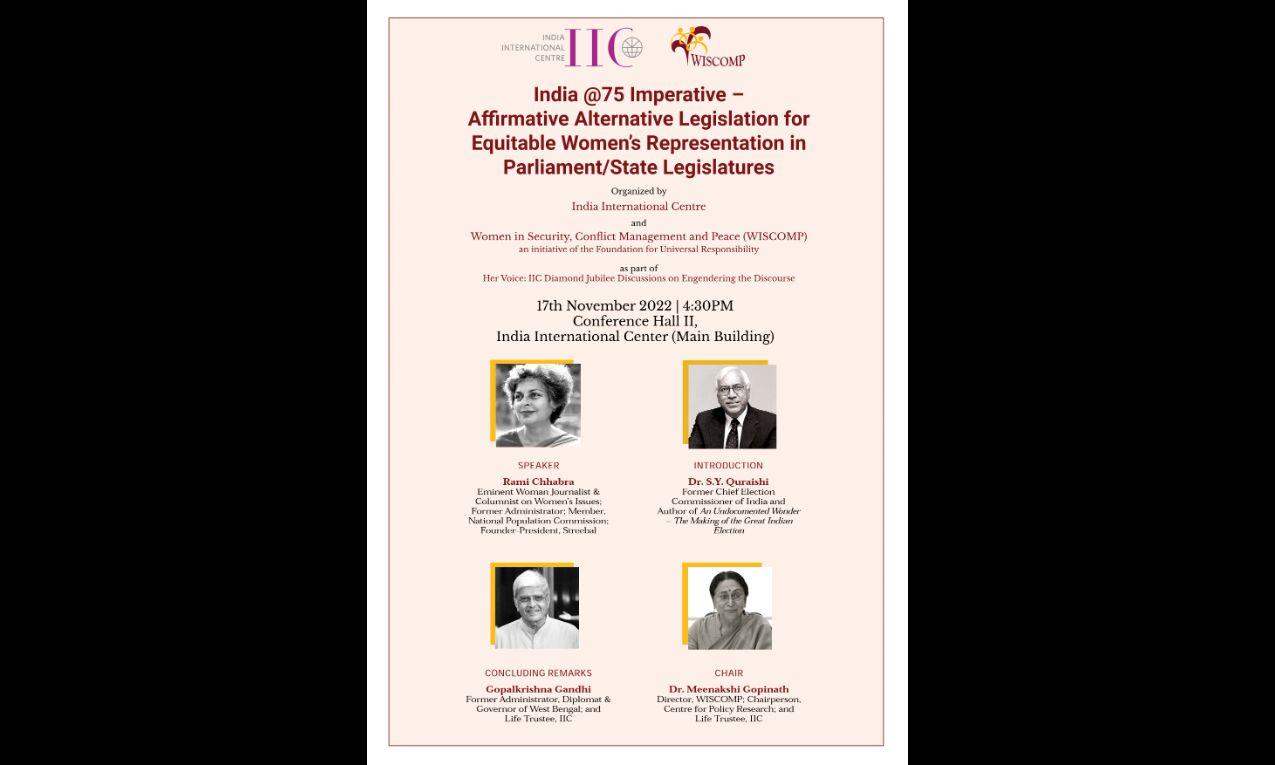 On November 17, 2022, the India International Centre (IIC) and Women in Security, Conflict Management and Peace (WISCOMP) are set to organise an important conversation. Titled 'India@75 Imperative - Affirmative Alternative Legislation for Equitable Women's Representation in Parliament/State Legislatures', the conversation is about 'India@75', where a mere 15 percent women in Parliament - less in State Legislatures - is a travesty of the constitutional promise of gender equality. The controversial Women's Reservation Bill (WRB), featuring rotational constituencies, lies moribund in the Rajya Sabha.

But the soon-to-be-inaugurated new Parliament building, with ample space and the General Election scheduled in 2024, make it imperative to examine women's political representation issues anew: for alternatives to assure equity harmoniously and seamlessly to women.

To be present at the talk, speaker Rami Chhabra, pioneer woman journalist and columnist of women's issues in the national press, had earlier fielded an alternative that merited serious consideration by the Parliament Standing Committee examining WRB. She updates the facts and arguments to urge policymakers across the political spectrum to unite and fulfill the overdue constitutional obligation, one that could hopefully also recalibrate the country's politics to greater accountability.

As part of 'Her Voice: IIC Diamond Jubilee Discussions on Engendering the Discourse', the talk will be held at IIC's Seminar Rooms II and III, Kamaladevi Complex at 6:30 pm.