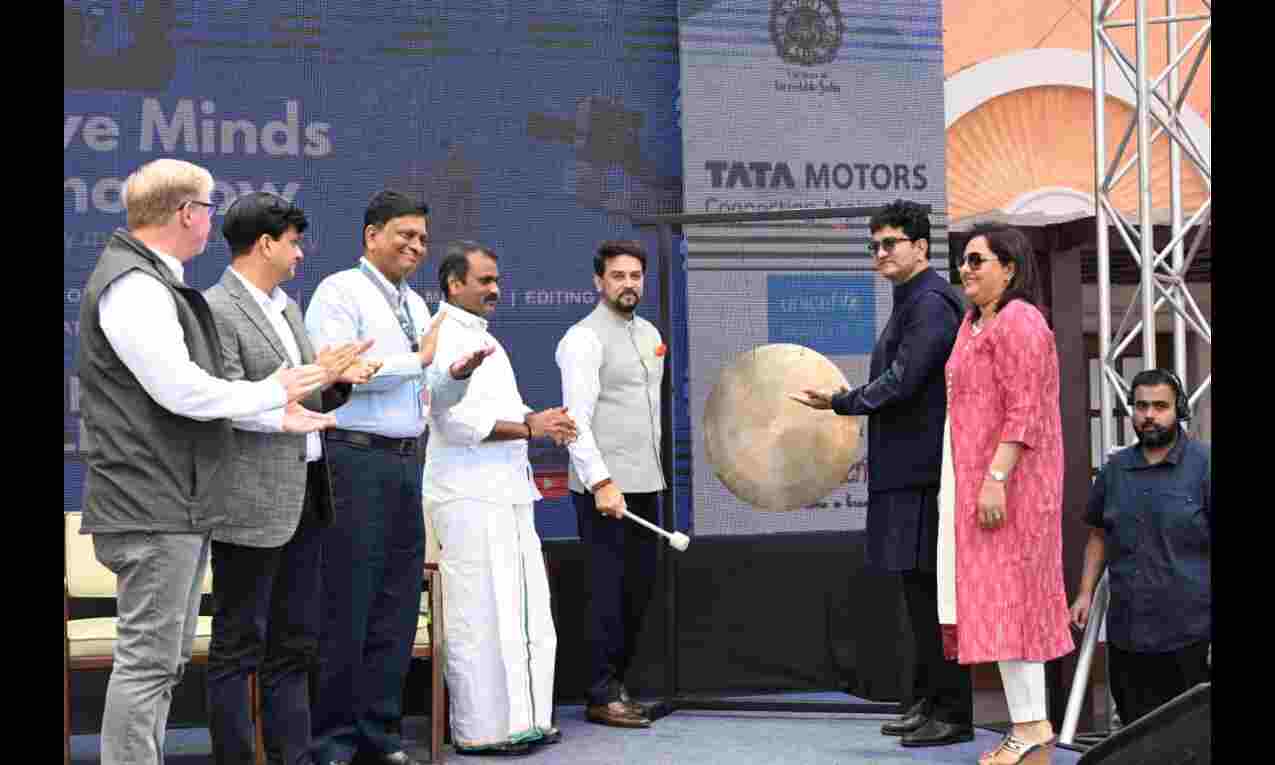 " 'Creative Minds for Tomorrow' is in line with the Prime Minister's vision that the youth should be given an opportunity to learn and grow", said Union Minister for Information and Broadcasting and Youth Affairs and Sports Anurag Singh Thakur at the launch of '53-Hour Challenge' for winners of '75 Creative Minds of Tomorrow' initiative. The 53-hour challenge by 'Shorts TV' is an opportunity for creative minds to show their creativity in a short time, he said.

'53-Hour Challenge', which was inaugurated on November 21 by Anurag Thakur, is being organised on the sidelines of the 53rd International Film Festival of India (IFFI). The competition will challenge the 75 creative minds to produce a short film on their idea of 'India@100', all in 53 hours. This segment of 'IFFI 53' is powered by 'National Film Development Corporation' (NDFC) in collaboration with 'Shorts TV'. The Minister of State for Information and Broadcasting, Dr L Murugan and Secretary of the Ministry of I & B Apurva Chandra were among the dignitaries who attended the event.

Congratulating the '75 Creative Minds' who have been chosen from over 1000 applicants, Anurag Thakur said, "You are beginning a new journey in your lives. Our masterclasses will only add wings to you from both national and international minds." He further said that this is a platform for the 75 youngsters to make networks, hone their talent, learn from the best and move forward in their careers.

Talking about the journey of the '75 Creative Minds of Tomorrow' initiative, Thakur said that this journey, led by the vision of Prime Minister Narendra Modi, began last year to engage, encourage and explore the potential of our youth by providing them a platform at IFFI. "This is the second edition of '75 Creative Minds of Tomorrow' and we have already made a community of 150 strong individuals connected through their shared love for cinema, creativity and culture," he said.

Applauding the contribution of winners of last year's '75 Creative Minds of Tomorrow' in films and OTT shows, the minister said that these young and talented minds will contribute significantly to the future of Indian cinema and film industry, especially during the next 25 years of 'Amrit Kaal'.

"The film industry is called creative minds, but we should also look at it as a creative economy as it's a form of soft power and how nations are often known. For India, IFFI has also been a platform to bring this change in making Indian cinema a form of Indian soft power. Otherwise, it's not this easy to bring so many international faces to be a part of IFFI," he said.

Thakur also acknowledged the efforts of the jury in selecting the best from thousands of applications.