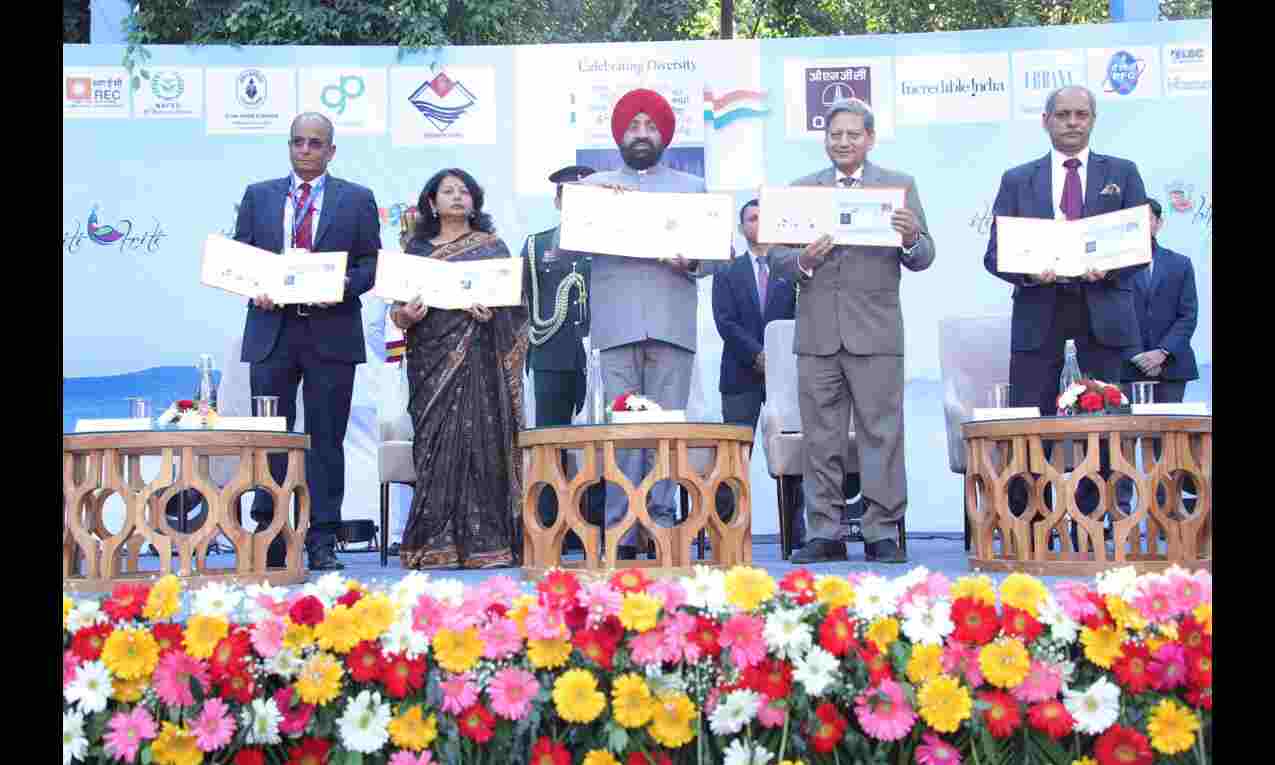 On November 12, Valley of Words' sixth edition began with music from the mountains resonating in the Dehradun valley. Under a bright blue sky, VoW 2022's colours set the perfect stage for authors, panelists, winners, artists, guests, judges, jurors, students and teachers who all came together to celebrate the written word.

Dhol Damaun's music set things in motion as Uttarakhand's governor, Lt. Gen. (Retd) Gurmit Singh, gave his inaugural speech. This was followed by him launching the VoW 2022's 'First Day Cover', along with launching editions of the magazines 'The Book Review' and 'Tadbhav', which carry English and Hindi reviews of all the 40 shortlisted books under eight categories for 2022. The director of the Uttarakhand Cultural Department, Beena Bhatt, Uttarakhand Chief Postmaster General Amitabh Kharkwal and NABARD director Bhaskar Pant were also present on the stage.

In his inaugural speech, Gurmit Singh spoke about the power of words and his association with 'VoW'. Encouraging the audience to write and read and elaborating on the power of the written word, he said, "If you see the word 'speak' and remove the first letter 'S', then you have 'peak' and that is where words can take you. Speak when you must and speak well!" This was followed by a wonderful dance and mime performance by students from the Bajaj School of Learning, who got everyone's feet tapping and left the audience smiling long after their performance was over.

Multiple panels were held on the Plenary Lawn, including the school debate's finale, 'Iti Nritya', which featured Mohiniyattam and Kathak performed by classical dancers Nirmuktha Arun and Esha Nanal; 'Kavi Sammelan' and 'Mushaira' and a thorough discussion on 'Film Industry as the Growth Driver of Uttarakhand's Economy', with Satish Sharma, Kunal Malla and Abhinav Kumar. In the end, a soulful musical was performed by artistes from the ITC Sangeet Research Academy.

At 'Hall of Words', many sessions were held, like the launch of Nirmal Kanti Bhattacharjee's translation of the late Samresh Bose's book 'In Search of Pitcher of Nectar'; a scintillating discussion between Satish Aikant and VoW awardee Rudrangshu Mukherjee on his book 'Tagore and Gandhi: Walking Alone, Walking Together' and Professor Mukherjee's conversation about the Indian texts with panelists Raja Sekhar Vundru and others. The younger audience witnessed Ratna Manucha and Richa Jha having a book discussion on 'When Mommy was a Little Girl' with VoW awardee Mamta Nainy. Poet Rati Agnihotri brought together a galaxy of hand-picked poets from Dehradun with Kaushik Ghosh and others for a beautifully curated 'Poetry Café'.

Many book launches and conversations took place at 'Conversations in the Valley', including the talk on the book 'Yaadon Ke Bikhre Moti: Batwaare ki Kahaniya'; the book launch session of 'Uttarakhand ki Patrakarita: Swatantrata Andolan se Vartaman Tak' and the launches of Dr Anita Jain Bhatnagar's books, 'Dilli Ki Bulbul', 'Baal Kahani Chauri Chaura' and 'Miss Sehat', which were discussed with Palak Jha, Sachin Chauhan and Anjali Rana. Lovers of Hindi literature were in for a treat as the event organised a conversation on contemporary writing in Hindi. The first day's session of the 'VoW International Literature and Arts Festival' concluded with authors Geeta Gairola and L Aruna Dhir talking about their books, 'Gunje Anhad Naad' and 'Hotel Adventures with the Stars'.

NABARD organised a special exhibition featuring several stalls and the GI products of Uttarakhand, including the beautiful art form 'Aipan'. The 'Iti Lekh' exhibition has multiple book stalls from publishers around the country, especially many Hindi publishers this year. While 'Iti Smriti' has sustainable 'VoW Memorabilia' products, volunteers have set up their exhibitions for their various artistic endeavours.