Home > Features > A glimpse into the cultural heritage of Chhattisgarh
Features

A glimpse into the cultural heritage of Chhattisgarh 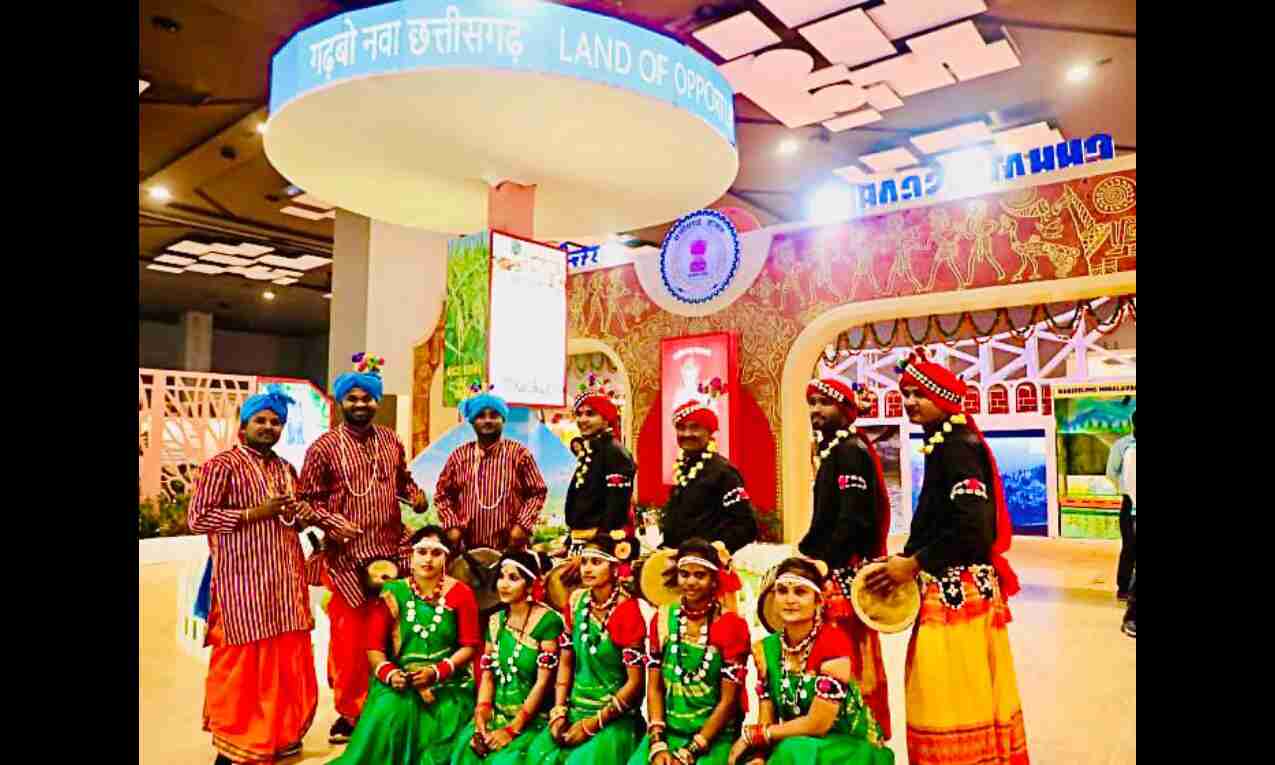 The ongoing 'India International Trade Fair' will witness Chhattisgarh's rich cultural heritage at the Pragati Maidan's Amphitheatre on November 21 as the Chhattisgarh pavilion will celebrate its state day.

Chief Minister Bhupesh Baghel will inaugurate the event and inspect the stalls set up at the pavilion. The pavilion showcases various initiatives and schemes of the Chhattisgarh government aimed at building a robust rural economy. Every stall in the pavilion depicts the central theme of the trade fair 'Vocal for Local, Local to Global'.

Chhattisgarh has a vast canvas of tribal dance forms, folk songs and traditional musical instruments. Delhiites will have the opportunity to have a glimpse of the state's dance forms, like 'Gaur', 'Parab', 'Bhojali', 'Gedi', 'Sua', 'Panthi' and 'Karma', which will be performed during the event. Each dance form has its own history and significance.

'Parab' dance is performed by the Dhurva tribes of the Bastar region. Men and women dance together, playing flute and drum and creating a pyramid-like structure. The dance is also called 'Sainik Nritya' because the dancers carry the axe and sword - symbols of valour - during the dance. This dance is organised for 'Madhai'.

'Gaur' dance is a popular folk dance of 'Sing Marias' or 'Tallaguda Marias' of South Bastar. Men put on head-dresses with stringed 'cowries' and plumes of peacock feathers and make their way to the dancing ground. Women, ornamented with brass fillets and bead necklaces on their tattooed bodies, also join the gathering and play instruments.

'Gedi' dance is prevalent all over Chhattisgarh, but in Bastar, it is performed by the Mudiya tribe on 'Hareli' in the month of 'savan'. During the performance, the dancers are mounted high on two long bamboo poles or any other firm pole. The best part of this dance is watching the performers banging the pole on the ground and at the same time keeping an excellent balance while swaying with the different tribal acoustics and percussions.

In 'Sua' dance, 'Sua' means parrot dance, which is performed on the occasion of Goura's marriage. The women perform this folk dance while keeping a parrot in the centre. Though a bit simple, the fun, energy and zest with the dance performance move are enough to make you adore it.

'Panthi' dance isn't only one of the most significant forms of folk dance but is also considered a prominent custom or ceremony of the Satnami community of Chhattisgarh. This dance form is often performed by the community during the birth anniversary of Guru Ghasidas, which takes place in 'Maghi Purnima'. Like any dance form, this one is also a combination of a plethora of steps and patterns.

'Karma' dance is usually performed by the tribal groups of the state, such as the Gonds, Oraons, Baigas and so on. It is performed to mark the end of the rainy season and the beginning of the beautiful spring season.