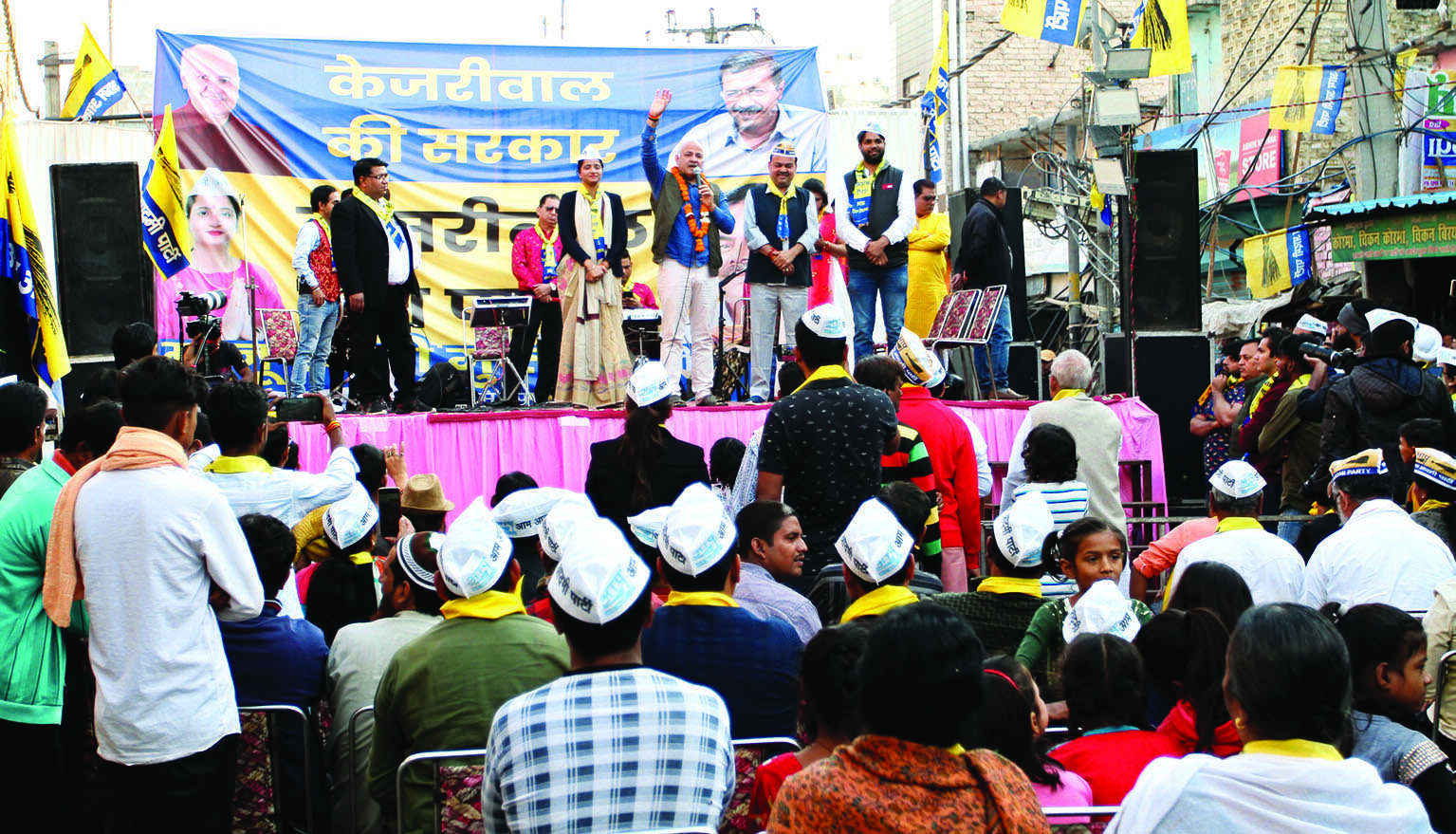 Sisodia, who held 'Nukkad Sabha' at nine wards of Aadarsh Nagar, Wazirpur and Model Town on Thursday, said AAP's vision is to make Delhi the most beautiful Capital of the world in the next five years.

The senior AAP leader took note of the civic issues being faced by the public during these street meetings.

Raising the "garbage mismanagement" issue in Delhi once again, he said, "People should take selfies with the mountains of garbage because, after December 7, Delhi will get rid of it soon. Chief Minister Arvind Kejriwal has

prepared a blue-print to eliminate the mountains of garbage from Delhi."

He alleged that when the public questions the leaders of the BJP about what they did in the past 15 years in MCD, BJP leaders "curse and abuse" Kejriwal.

"If the public asks what will you (BJP) do in the next 5 years, then the BJP leaders say that they will continue to curse and abuse Arvind Kejriwal. However, Kejriwal knows how to work for the public and provide them with basic amenities. Delhi government always fulfilled all its responsibilities," he said.

Lashing out at the BJP, he alleged that the party in its 15-year tenure in MCD has turned Delhi into a dump yard.

"The only achievement of the BJP in the past 15 years is sky-high mountains of garbage. But now Delhi is going to get rid of them. Work to remove these mountains of garbage will begin after December as soon as the Kejriwal government is formed," he asserted.

He further said only AAP councillors will ensure development works in their respective wards and that, any other party candidate, including the BJP, will only spend their tenure fighting with Arvind Kejriwal and stopping development works.