No eviction will be allowed without proper compensation & rehab: CM 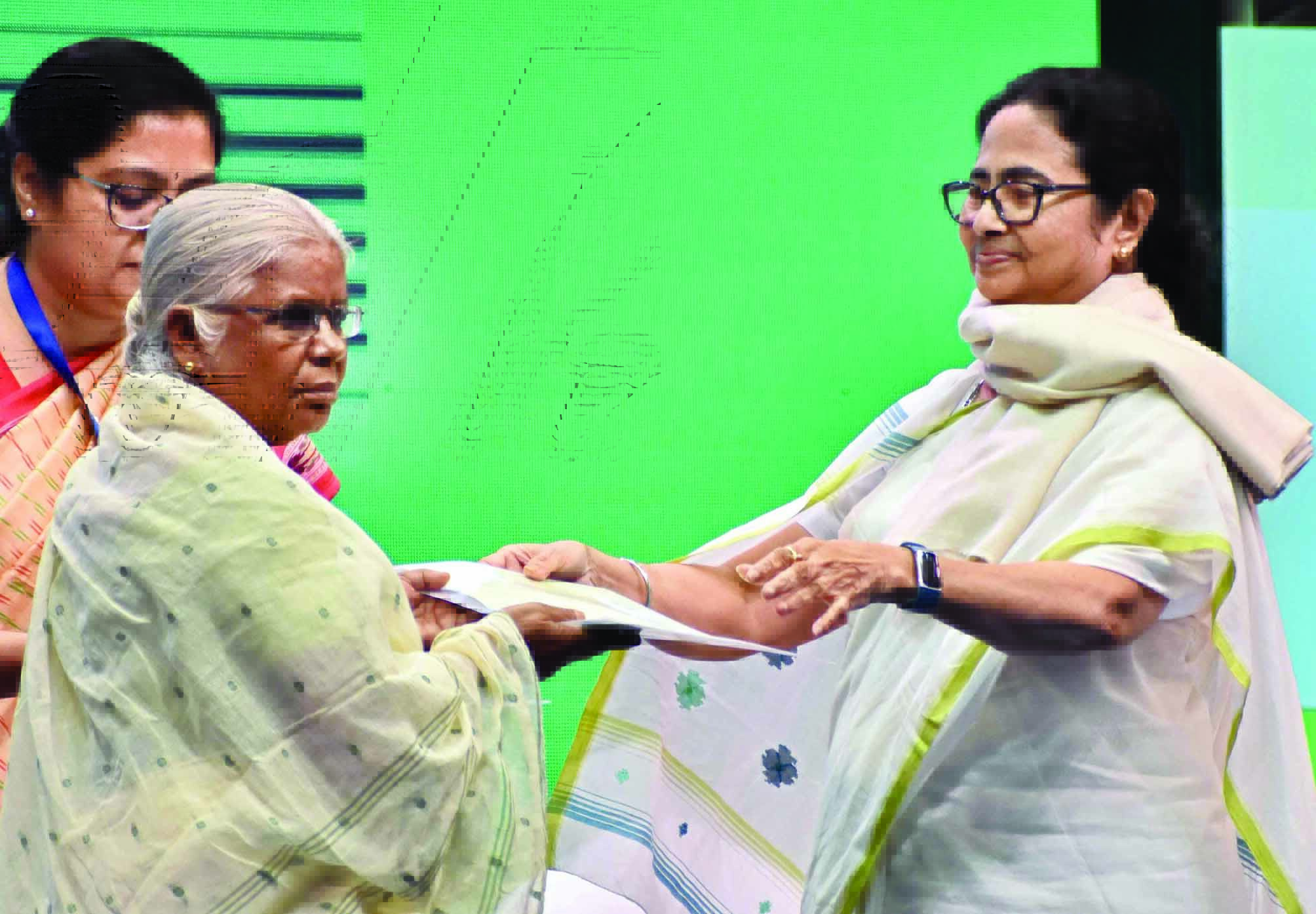 Kolkata: Chief Minister Mamata Banerjee, on Wednesday, made it clear that her government does not believe in the policy of bulldozing people's land and assured that no poor people will be evicted from their plots without proper compensation.

Referring to incidents of "forcible takeover of land by the railway and airport authorities," Banerjee said: "No eviction will be allowed in Bengal without proper compensation and rehabilitation."

Addressing a state government programme on the distribution of land pattas to people from the marginalised section, she said: "I want to tell this to everyone, if the Centre comes asking you for your land to build airports, start an agitation, the state government stands with you. Until and unless you are fairly compensated, do not leave your land."

Alleging that the Centre has been evicting poor people in the name of building flyovers and railway tracks, Banerjee said that such things will not be allowed in Bengal.

"I have said this time and again, but I am still repeating it. Without negotiation and adequate compensation, no one can evict the poor. When we need to take land for road construction or similar work, we offer compensation and rehabilitation and only when the concerned person gives us the nod, we accept that land. It is a standing instruction of our government," she added.

Earlier in the day, Trinamool Congress (TMC) legislator of Pandaveswar, Narendranath Chakraborty claimed in the state Assembly that some poor shopkeepers have been evicted from a land belonging to the Public Works Department (PWD) for the construction of a railway overbridge.

"We are trying to rehabilitate them by developing an auto hub and we want assistance from PWD in this regard," Chakraborty said.

The Chief Minister directed all MLAs from West Burdwan district under Pandabeswar and minister Moloy Ghatak, who is an MLA from Asansol Uttar, to give a joint deputation to DRM (Divisional Railway Manager) Asansol and share the details with her so that she can take up the matter with the ministry.

"In Medinipur, there is an area called Khas Mahal. For over 100 years, the people there have waited for their patta rights. No government had listened to them until we came to power," she added.

Years ago when Banerjee was contesting Lok Sabha elections from Jadavpur, the locals had requested her to give freehold rights (title deeds) to the refugees staying there. She had taken up the issue in Parliament and had got the Bill passed.