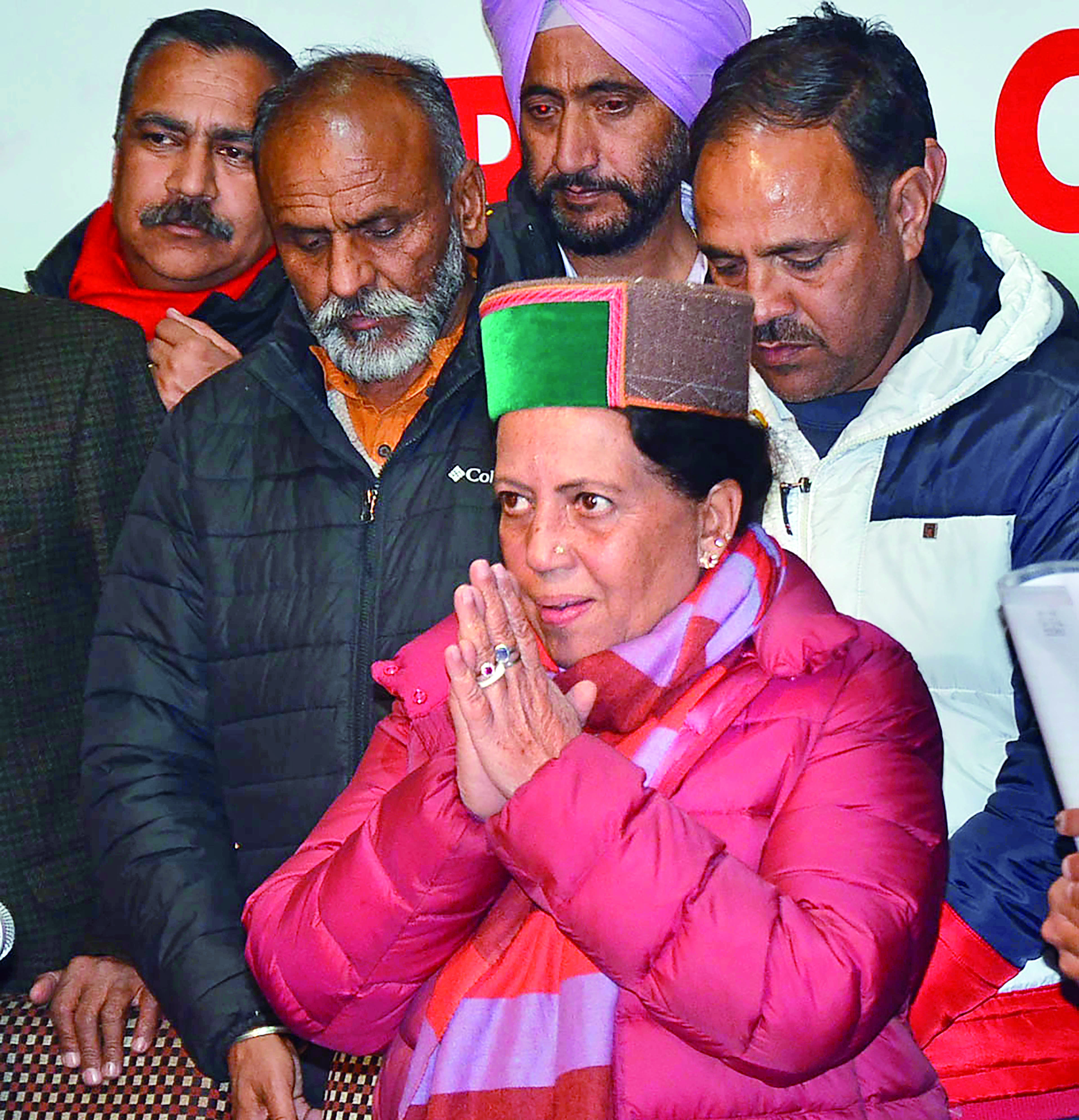 Deciding on the chief ministerial face who can bind the party going forward is the immediate challenge for the Congress.

The newly-elected MLAs would meet soon to decide on their leader.

Though Pratibha Singh did not contest the assembly election and is not an MLA, she had campaigned extensively across the state. Singh is presently the Mandi MP after she won in the bye-election from outgoing chief minister Jairam Thakur's home district.

She also carries the legacy of former chief minister Virbhadra Singh, who steered the Congress in the state for over four decades.

Singh, party sources claimed, has the support of a majority of MLAs who have owed their allegiance to Virbhadra Singh who remained the Congress' undisputed leader in the hill state for long.

Pratibha Singh's son Vikramaditya has been elected as an MLA from Shimla rural and is also among the hopefuls, even though many consider him too young for the top post.

The other CM aspirants are Sukhu, an MLA from Nadaun, and Agnihotri, who was elected from Haroli. Both are hopeful that the party high command would recognise their work as former PCC chief and as Congress Legislature Party leader.

Former PCC chief Kuldeep Singh Rathore, who won from Theog in a multi-cornered contest, is also a CM hopeful and is claiming that he brought the faction-ridden party together in the last few years.

Rathore was replaced a few months ago with Pratibha Singh as the head of the Himachal unit.

Some other hopefuls like six-time MLA Asha Kumari and former PCC chief Kaul Singh Thakur lost the election this time.

Interestingly, several Congress leaders had contested the elections in the hope that they would be the party's chief ministerial face. This even helped them garner enough support in their respective constituencies.

During the election campaign, Home Minister Amit Shah and other BJP leaders had taken a swipe at the Congress over its chief minister-hopefuls.