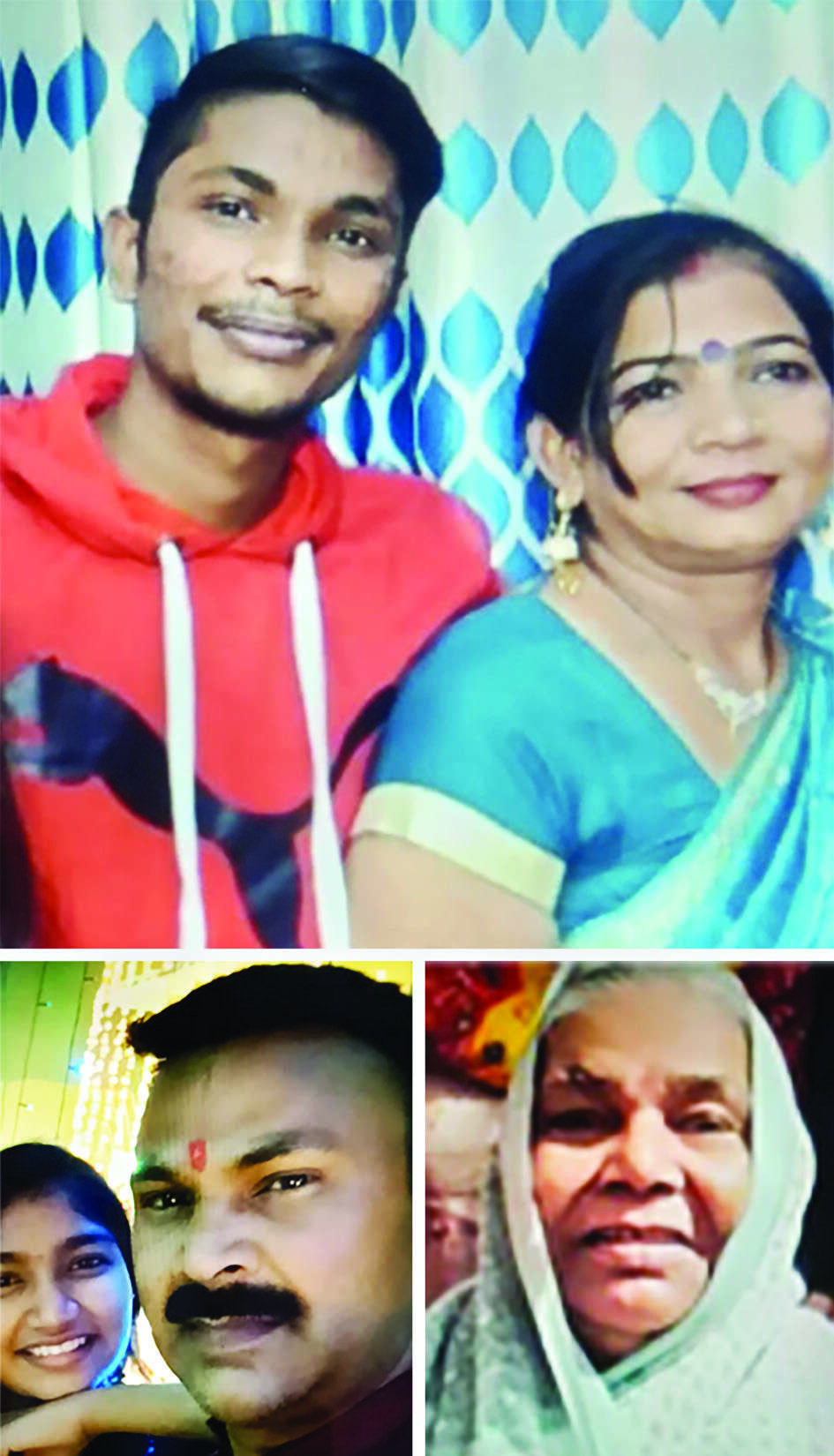 Keshav killed his entire family Tuesday night following a quarrel, officials said, adding their bodies were found in separate rooms at their home with blood all over.

As Keshav went on the stabbing spree, the screams of his family members alerted some of their relatives, who live in the same building, and neighbours.

The murders took place just days after news surfaced about the gruesome killing of Shraddha Walker by her live-in partner Aaftab Amin Poonawala who cut her body into 35 pieces and dumped them at various locations across Delhi.

According to a police officer, they received information around 10:30 pm on Tuesday about a quarrel on the upper floor of a house in Palam.

Deputy Commissioner of Police (Southwest) Manoj C said when a police team reached there it found four members of the family dead.

The caller and his relatives caught hold of the accused and handed him over to the police, he said. Preliminary investigation revealed that Keshav did not have a stable job. He used to work in a company in Gurugram and left the job a month ago, police said.

A case under Section 302 (murder) of the Indian Penal Code has been registered with the Palam police station and further investigation is on, they said.

Keshav's relatives said they are shocked and completely devastated. His cousin Kuldeep Saini caught the accused and handed him over to the police.

Saini said when police were taking him away, Keshav threatened him: "It will be your number when I come out of jail." Saini lives on the first floor of the building and his uncle's family lived on the second.

"Last evening around 10 pm, I heard my cousin Urvashi calling my name and screaming for help. When I went upstairs, I saw that the gate was locked from the outside and there was silence inside the house," Saini said.

He said he knocked on the door and asked Keshav to open it, but he said "it is our family matter" and that he should leave.

"I told him that your family is mine, open the door. Later, I came downstairs and saw that Keshav was trying to flee the spot through the shaft. I caught him and handed him over to the police," he said.

Saini said when they opened the gate of the house after cutting the iron mesh of the main door, they found the elderly wom-an and Urvashi lying dead in the same room and Keshav's parents in the washroom.

He further said Keshav used to quarrel with his family over money for his drugs. On Tuesday also, Keshav and his mother had a heated argument over money.

On November 2, Keshav had allegedly stolen batteries from the first floor and returned home last night to get some money. He was also in jail for some time in connection with an ATM robbery case, Kuldeep said.

Keshav's other cousin Rajneesh demanded the death penalty for him.