With talent-packed Brazil and robust Serbia also in Group G, taking three points in the early afternoon heat on Thursday shapes as a crucial step for each team to advance 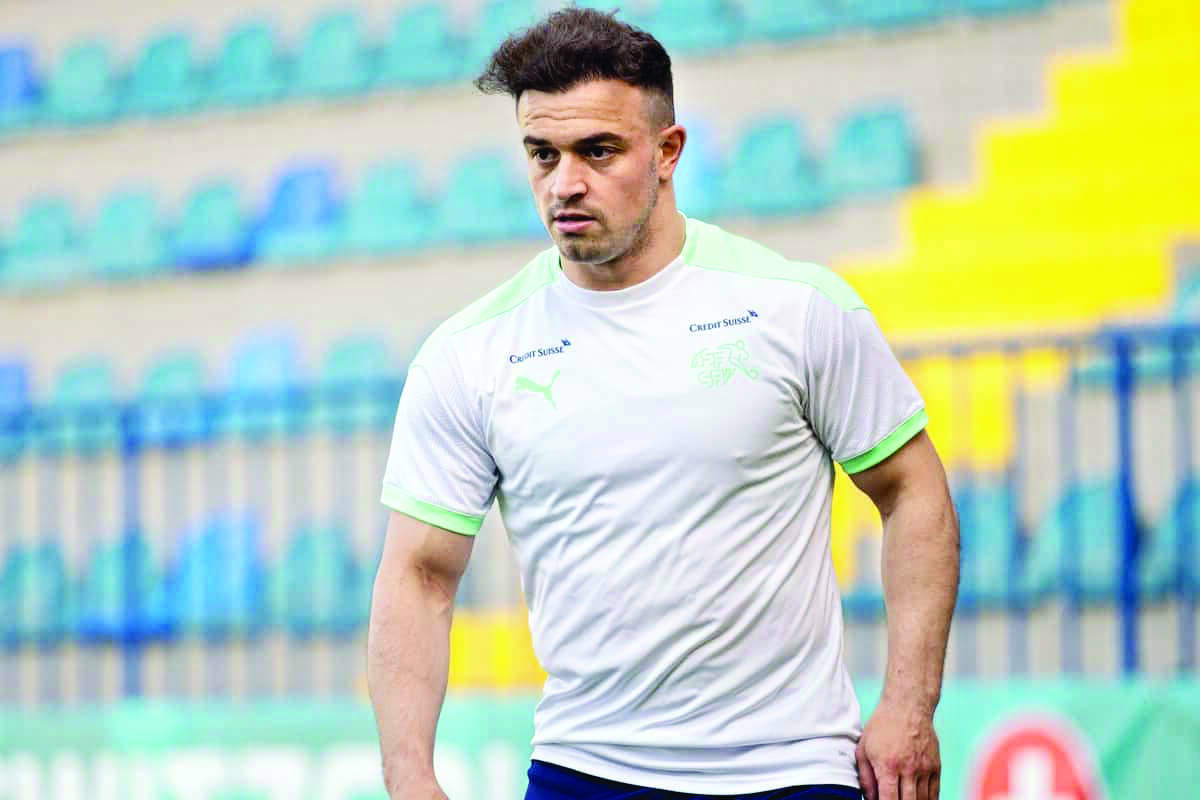 Doha: Even for their opening game at the World Cup, Switzerland against Cameroon has the look of a must-win opportunity in a tough group.

With talent-packed Brazil and robust Serbia also in Group G, taking three points in the early afternoon heat on Thursday shapes as a key step for each team to advance.

The task is harder for Cameroon based on recent World Cup form after being swept aside in three straight losses at each of its past two appearances, in 2014 and 2010.

In that period the Indomitable Lions have scored fewer goals collectively as a team on soccer's biggest stage than a single Swiss player, Xherdan Shaqiri.

The score is 4-3 in Shaqiri's favour since 2010 when he made his World Cup debut as a teenager. Now 31 and playing in MLS with Chicago Fire, Shaqiri returns again as playmaker equalling a Swiss record at his fourth edition of the tournament. Goals will more likely come from in-form Monaco forward Breel Embolo.

Choupo-Moting's 11 goals in all competitions this season helped plug the gap left by Robert Lewandowski's departure and lifted Bayern back atop the Bundesliga at the enforced mid-season break.

Both Cameroon and Switzerland come to Qatar with solid results at their continental championships in the past 18 months though each now with different coaches.

At the European Championship last year, the Swiss broke a streak of being stopped at the round of 16 in major tourna-ments by eliminating France on penalties after a 3-3 thriller.

After losing another shootout in the quarterfinals to Spain, coach Vladimir Petkovic parlayed his rising reputation after seven years into joining Bordeaux. He was fired within months.

Murat Yakin, a 49-times capped central defender, was hired from coaching a Swiss second-tier club. He immediately im-pressed by steering the team to finish top of a World Cup qualifying group ahead of European champion Italy.

Cameroon started the year reaching the semifinals at the African Cup of Nations it hosted losing on penalties to Egypt then fired Portuguese coach Toni Conceicao.

Samuel Eto'o, Cameroon's greatest player and now its federation president, turned to his long-time former teammate Rigobert Song who had a patchy record of results coaching within the national teams' set-up.

Song was the captain and Eto'o scored the only goal when Cameroon last won a World Cup game, 20 years ago in Japan against Saudi Arabia.

It is overdue for Africa's first World Cup quarterfinalist, in 1990, to rediscover winning form.