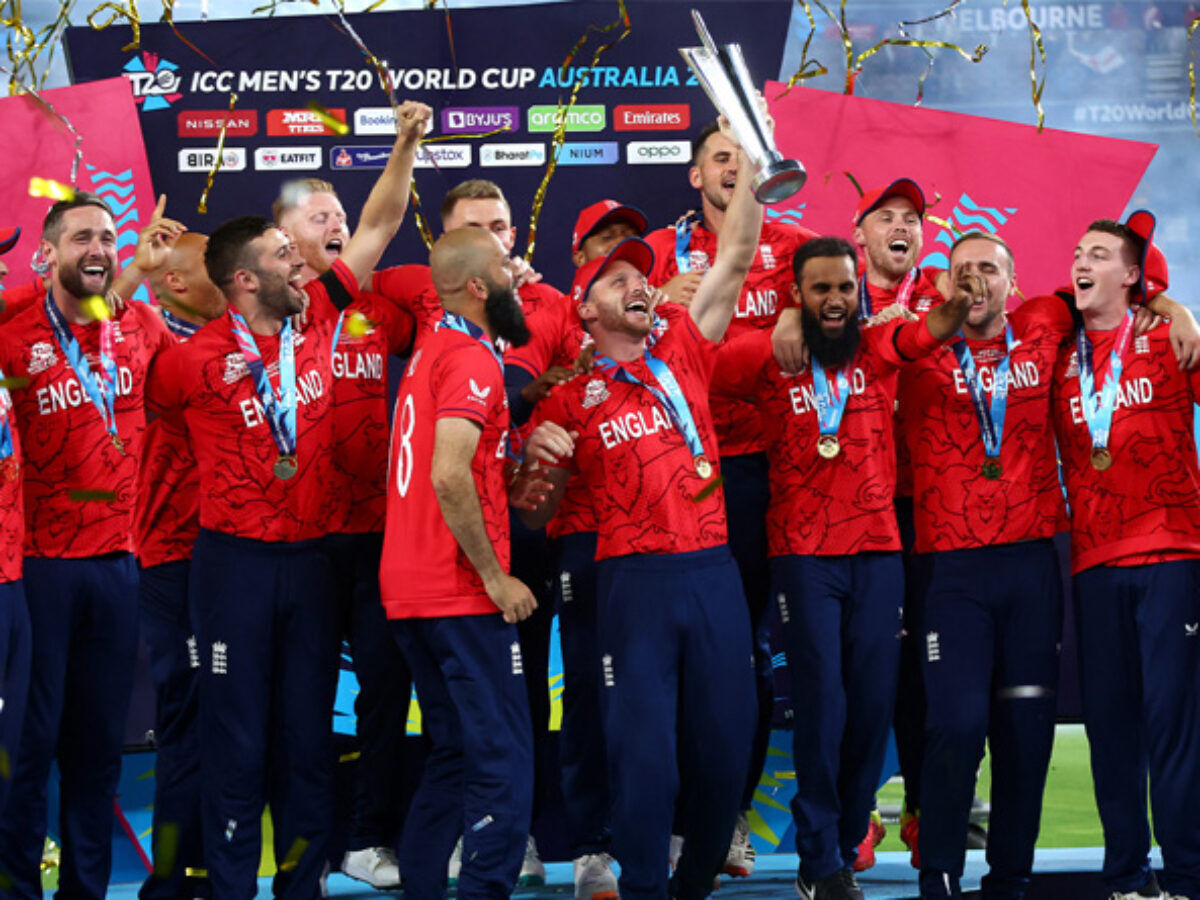 After struggling against Afghanistan and losing to Ireland in the league matches, chances for the England cricket team were slim in the ICC World T20. But champions know when and how to step up the gear. After having smashed the mighty Indian side in style in the semi-final, riding high on confidence, English players managed to rewrite the 1992 history as they clinched every slightest opportunity to perfection during the final match. England team's perfect performance against India and Pakistan is testimony to the fact that the legacy of Eoin Joseph Gerard Morgan is here to continue. Morgan, along with Andrew Straus and Trevor Bayliss, laid the foundation for the evolution of a team that is completely fresh in spirit. From a side led by Alastair Cook — and anchored by old-school players like Ian Bell and Jonathan Trott — to the present one, England has come a long way today. Note, for instance, that Jonathan Trott — an accomplished English batter with a splendid average of above 50 — had hit merely three sixes in his 61 ODIs! Alastair Cook had hit merely 10 sixes in 92 ODIs and Ian Bell 32 sixes in 160 ODIs. Going in the further past, one would recall that only a couple of players like Kevin Peterson and Andrew Flintoff were expected to do the heavy hammering while the rest rolled the ball on ground. There is no doubt that most of the English cricketers represented a class apart. But to meet the requirements of present-day cricket, they needed a big leap which came only through head coach Trevor Bayliss's mantra of "Change in Attitude." In addition, it needed "an innovator, motivator and champion" like Eoin Morgan as the captain. What English batters are capable of today was evident in the semi-final game against India. What England went through in the 2015 World Cup was no less than a disaster. Its league stage exit due to a string of massive defeats was a reminder that English cricket badly needed an overhaul. In 2016, as the Director of England Cricket, former captain Andrew Strauss introduced "white-ball" contracts, with enhanced remuneration for white-ball specialist cricketers. The result is before us in the names like Jason Roy, Alex Hales, David Malan, Tom Curran, Chris Jordan etc. The formidable side one sees today has been in the making for the last seven years, shaped by one of the most successful and greatest captains England ever had — Eoin Morgan. As England was seeking resurgence after the 2015 humiliation, the path was not very easy. When in the 2016 ICC World T20 final, commentator exclaimed, "Carlos Brathwaite, remember the name", broken Ben Stokes would do more than that. Known for his fighting spirit, Ben Stokes — a "big match player" — proved once again on Sunday what he stands for. The time today is to acknowledge English players as the champions of white-ball cricket — as they have achieved the unprecedented feat of holding both ODI and T20 World Cups at the same time. This hard-won achievement is no mean feat. It may be noted here that after Eoin Morgan called it quits this June, it was up to Jos Butler to take the baton ahead of the T20 World Cup. As the team entered the campaign minus Jofra Archer, and Mark Wood and David Malan had to pull out before the semi-final due to injury, it was a set of underdogs who did all the main business. Knockout and the final might not have been that easy for England as they made it look like. Be it Alex Hales who had been out of the side on account of some indisciplinary issues or the undoubtable yet uncapitalized potential of Sam Curran — who has been declared the man of the tournament and the player of the final match — the English side showed tremendous consistency. Also, one should not forget the handy contribution by Chris Jordan who might not have thought that he would get to play such a crucial role in the tournament. India might have lamented upon the absence of Jasprit Bumrah, and Pakistan would consider themselves most unlucky as Iftikhar Ahmed had to complete injured Shaheen Afridi's over which proved to be a turning point in the crucial match. From the England side, there were no complaints, it was solely the performance that mattered. England's victorious campaign reflected not just its remarkable bench strength but also the changed attitude inculcated by its cricket administration after the 2015 World Cup exit. They indeed deserve the "champion" tag.