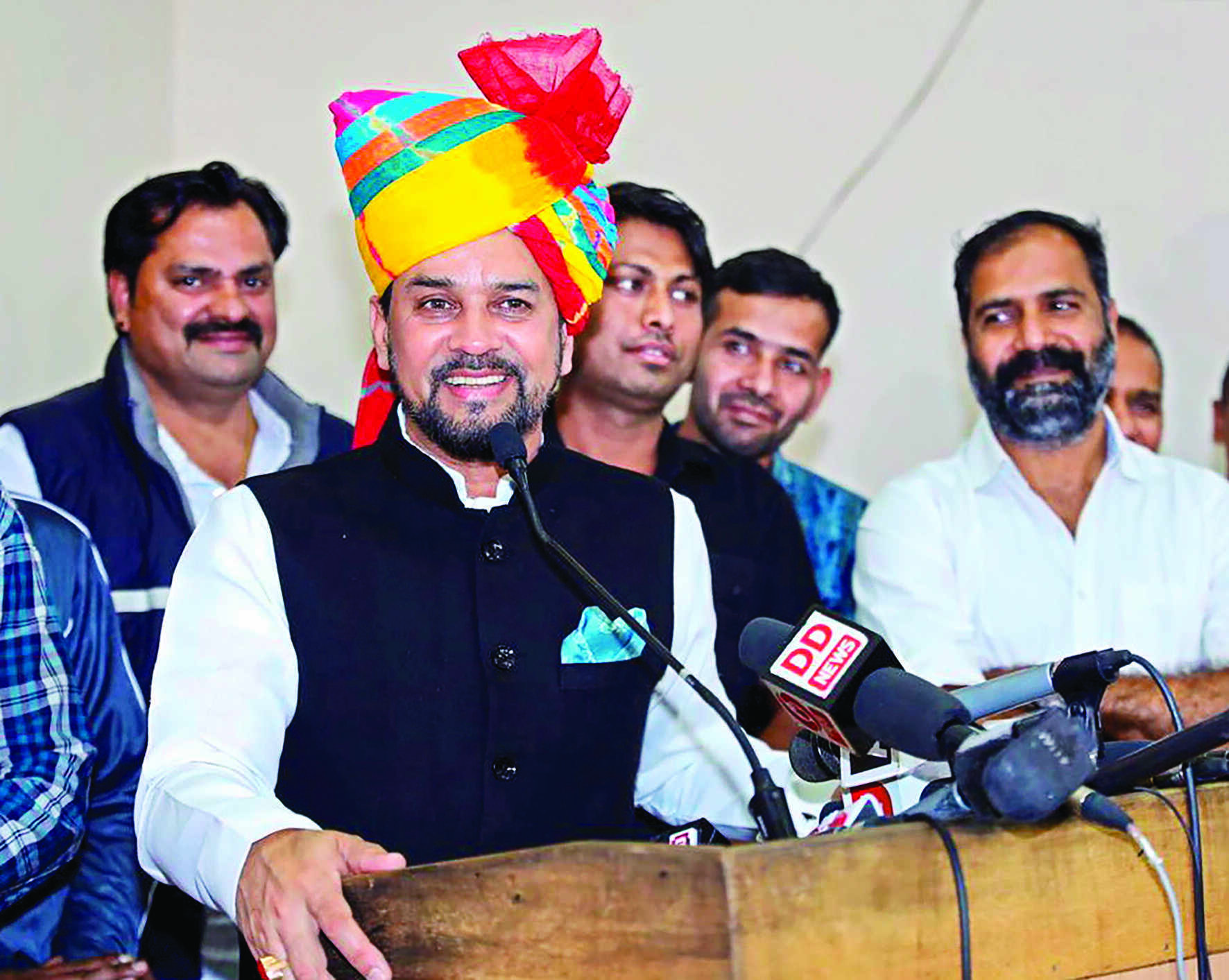 Jaipur: Union Information and Broadcasting minister Anurag Thakur has said the Centre is working on a Bill to regulate digital media.

Now, even small news of a village reaches the national platform through digital media, he said on Wednesday.

In a statement, Thakur said the government has left most of the print, electronic, and digital media to self-regulation.

"Digital media presents opportunities as well as challenges. To have a fine balance, the government will see what can be done on this.

"I would say that changes have to be brought in the law, we will bring that to make your work simple and easy. We are working to introduce a bill," Thakur said at an event organised by a Hindi news daily.

Thakur also that the process of registration of newspapers will be simplified and the Central government will soon bring a new law to replace the 1867 Press and Registration of Books Act. Under the new law, it will be possible to complete the registration process, which now takes about four months, in a week through online mode.

The minister also said newspapers should bring the "right news" before the general public at the "right time."

He urged the media to do its work "responsibly" and avoid creating an atmosphere of "fear and confusion."

Notably, the Information Technology (Guidelines for Intermediaries and Digital Media Ethics Code) Rules, 2021, which were introduced by the Centre last year, had brought digital media under the ambit of government supervision.

The Intermediary Rules included regulation of OTT platforms and digital news media when they use other intermediary sites/apps such as Twitter or Facebook and when they host news media content on their website/app.

Thakur assured journalists that the Centre takes care of their interests and added that financial assistance was provided to families of the journalists who died of Covid.